So, after going shopping and purchasing both of these sweaters Shan & I are wearing we had plans to go to Scanlon Creek and take photos and such and just have a nice grand old adventure…well we did take some photos but we didn’t get to do it at the creek because, well, there was no Creek lol it was all dried up. We had even brought bread to feed the duckies that were there the year before so it was pretty disappointing.

BUT as a result of this we ended up going to a pumpkin patch close by and that was probably more fun then feeding ducks would have been anyways, plus we did have some fun at Scanlon creek as well before we left. It was a very eventful and exciting day. 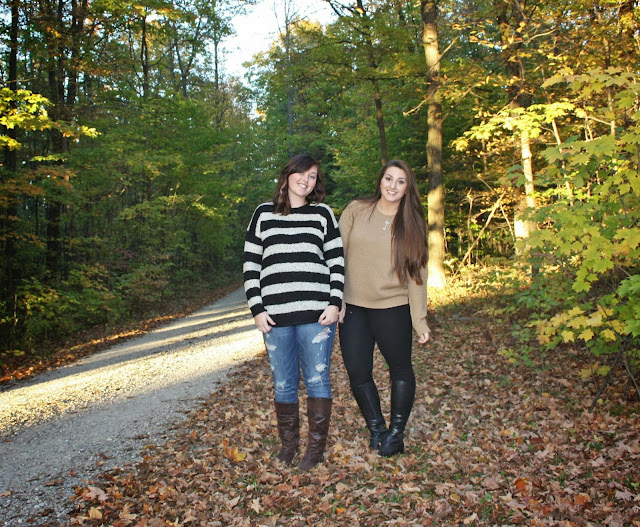 This is my Biffle Shannon btw lol, shes the best and I love her dearly. Oh, also fun fact we were being watched by some creepy car people this entire time while taking photos so it was kind of awkward but whatever. 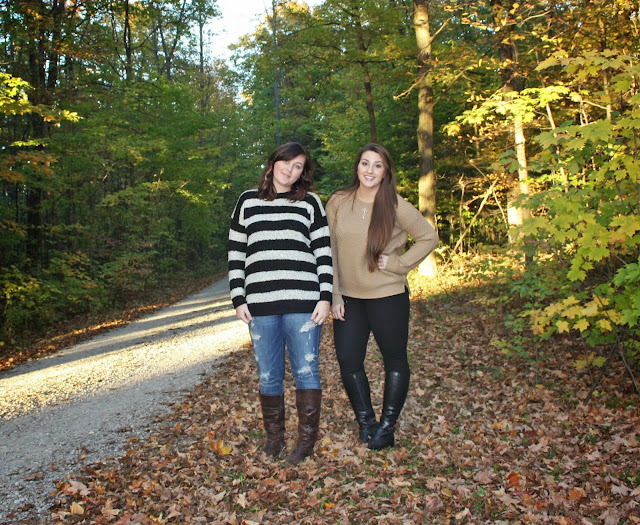 While we were there we also got a sample of some delicious apple cider and I wish I had have bought some. Shannon and I both got two pumpkins each, the most beautiful perfect pumpkins they were, and we also picked out some little gourds for decoration’s sake. They were freakin heavy too ! They ranged from like 7-10 dollars / pounds each but it was worth it because it’s helping out local farms and it made me feel better about buying them there than at say Sobeys or something. 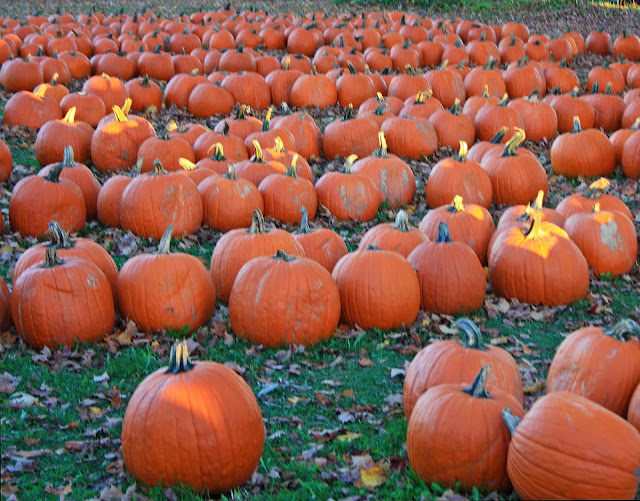 Here is a photo of my entire outfit I wore that day ( well after shopping lol, before I had on a plaid chiffon top). The sweater I picked up is just a knit camel crew neck which is pretty basic and can go with anything, it is also VERY warm and is going to be perfect for the wintertime as well as fall. It also matches my purse perfectly and I love the entire outfit together,it is super comfortable and practical for any activity really that needs casual attire and it also seems very pumpkin-ish to me so it was perfect for this day. Like I have said before as well, I love earth tones on me and that is one reason I actually picked this sweater… I think it compliments my coloring quite well.  I am also just wearing my basic Zara leggings and Shoemint boots that I now wear all the time… classic Jess. 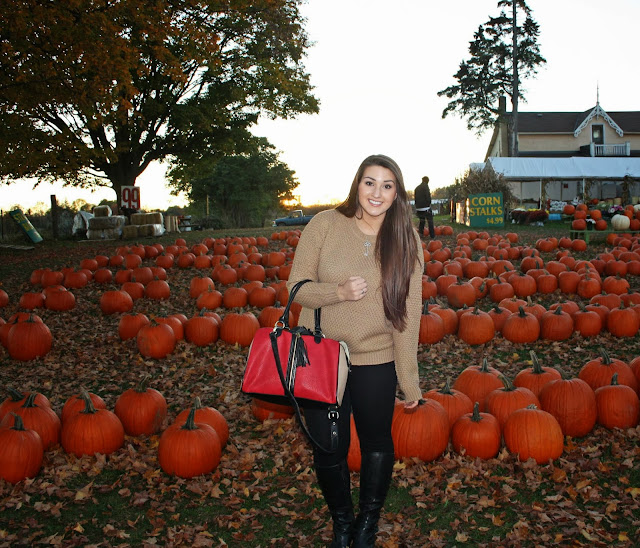 This is one of the pumpkins I chose, this was the 8 pound one, seriously though look how perfectly round it is. I actually didn’t end up carving this one, Jay did, I carved the 10 pound one which was a little wonkier but I liked him the best. 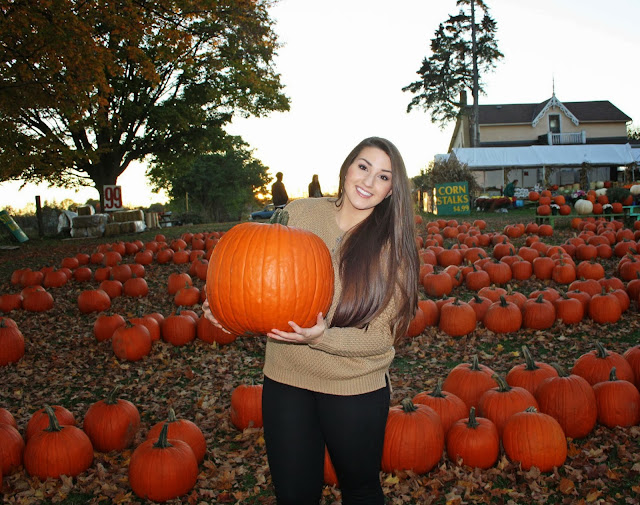 P.s. Do you see how cute the little farm house is ! So precious, and the people who owned it were super sweet and they told us we could take photos haha which made it not so awkward… I was going to do it either way but hey permission’s always nice lol.

Anyways, I love days like this involving a whole bunch of fun and exciting things, they are the ones that make the best memories for sure and spending with my bestie makes it even better <3
Also, October itself is just amazing so that helps to make it wonderful too !