I am so sorry I haven’t posted in so long but I PROMISE lots will be going up this week, I am going to dedicate all of my free time to blogging. I have been so busy lately that I didn’t have time but now I do so I’m going in full force haha.

So because we did so much in such few days I am going to do my Montreal posts by day rather than all together or it would be crazy long and nobody likes that. I had such an amazing time and have realized that I love Montreal so much I would totally live there lol. We did so much walking on the trip and it was such good exercise that I would love to do that all the time. Everything is in walking distance and so close (plus the driving is crazy) that most people there ride bikes because there is bike paths everywhere, or walk so in general it is a way more active community than here in Barrie/ Toronto and I love that about it.

Anyways ! Starting with the first day… For some unknown, stupid reason I can not for the life of me fall asleep in a car. I don’t know why it doesn’t make any sense to me but I just can’t so the night before we left I got 1 & 1/2 hours of sleep ( we left at 5:00AM , I got up at 4:00AM… so much fun). You can just imagine how great of a mood I was in that day lol, but the perks of that curse is that I got to see the most amazing sunrise while everyone else (besides my mom driving) was sleeping. I took so many photos of it but it was literally just a huge glowing orange ball that was blindingly bright. It was so beautiful to watch though because I rarely get to see them ( I never get up that early). 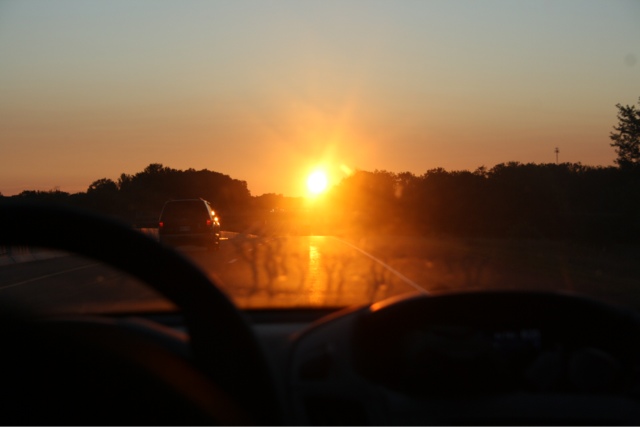 So on our way there my aunt wanted to stop at the waterfront in Kingston and it is really beautiful there. The morning air was cool and crisp and hardly any people were out yet. We found this gazebo that was so pretty and decided to take some photos there. 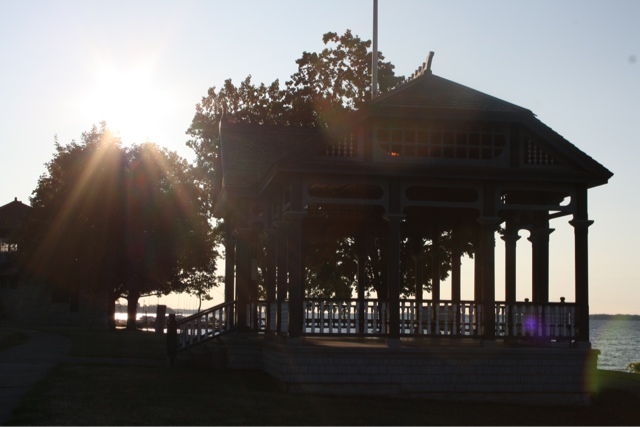 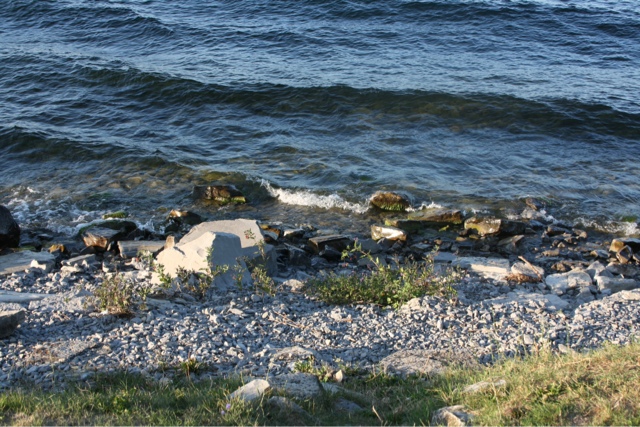 So on the way there I tried to think what would be the most comfortable thing to wear and I definitely picked the right thing. I wore a maxi dress which is like a blanket that your wearing, with a hoodie over it (not wearing here obviously). I also had a blanket and a pillow lol so needless to say I was super comfortable.Most importantly though I love this maxi dress because it’s versatile and super cute so I didn’t have to change all day. I wore it to the Bio dome where we went first and then dressed it up a bit for dinner later on. 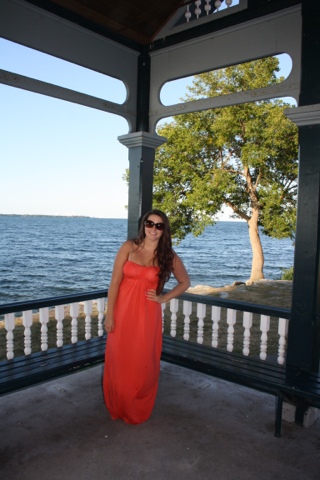 Here is the sky tower that was right beside the Bio dome. we didn’t go up in it but it still looks like its falling over and is pretty cool. 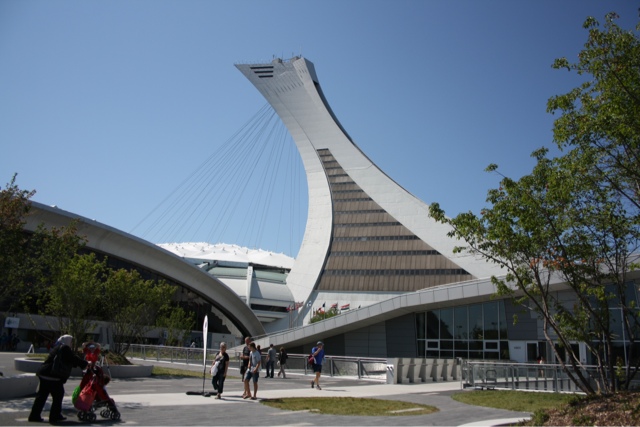 Monkeeey <3 he was so close and so precious. Oh and incase anyone doesn’t know what the Bio dome is, it is kind of like a zoo that is open with no cages or glass that includes 5 different habitats from around the world. 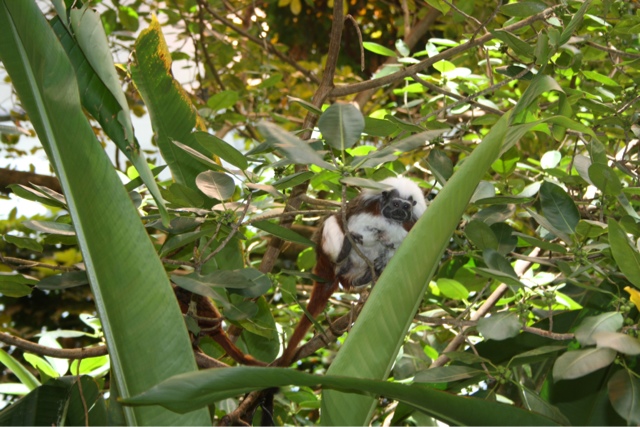 They had huge aquariums everywhere ! Also, I saw a shark in this one but no one believed me they just thought it was one of these huge fish in there, but I looked on the guide and there was sharks soooo I was right like always lol. #Mermaidlife … if only I had have bought the mint dress instead of coral I would really be a true mermaid. 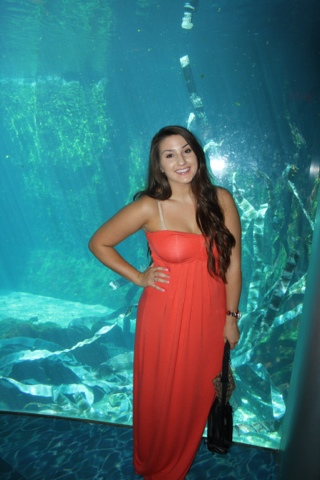 At dinner  I added a statement necklace to my dress as well as my leather jacket (but I don’t have that on lol) and my black strappy wedges. By adding the gold and black to coral it made it a lot more night appropriate. 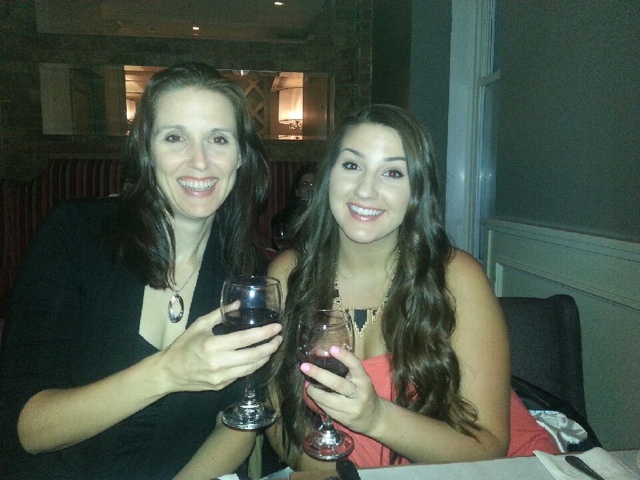 The restaurant L’avenue we went to for dinner at the first night was so beautiful inside and is what I would like my future home to look like. The Cream and Grey was so classy and the chandeliers were so nice, it felt very homey and comfortable as well because it was small and quaint. The food was delicious too ! 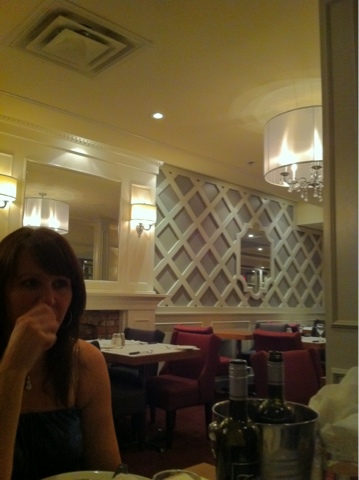 Like I always do, I went for the Chicken Penne with vegetables that had a reduced balsamic sauce. it was delicious and the portion size was perfect and not too much. Luckily I got the plate with the most vegetables lol my mom’s didn’t have as many but she had more zucchini.It was amazing though. It also came with a starter salad that had amazing dressing but I didn’t feel the need to include that photo lol. 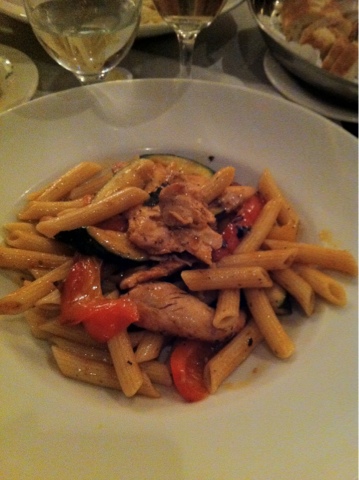 Omg and the carrot cake was amazing. When we asked for the dessert menu they literally brought out a tray full of all of their desserts which was one of the smartest things I have ever seen. Who is going to resist getting something when you are looking at them and smelling them ! In my opinion every restaurant would be so smart to do this and would get a lot more dessert purchases lol. Anyways, it was delicious and my mother & I shared one piece so we weren’t as bad. 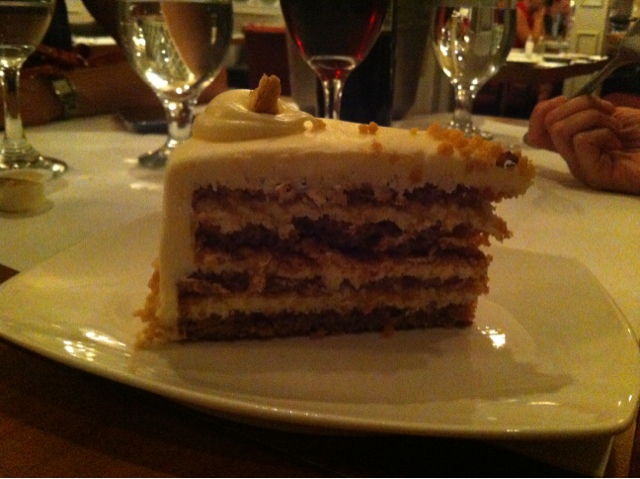 The cake was the topping to the end of a great day <3 We then went home and slept because we were all so tired lol but it was definitely the start to an amazing trip and lots of amazing food !

Stay tuned for day 2 which should be up later tonight !