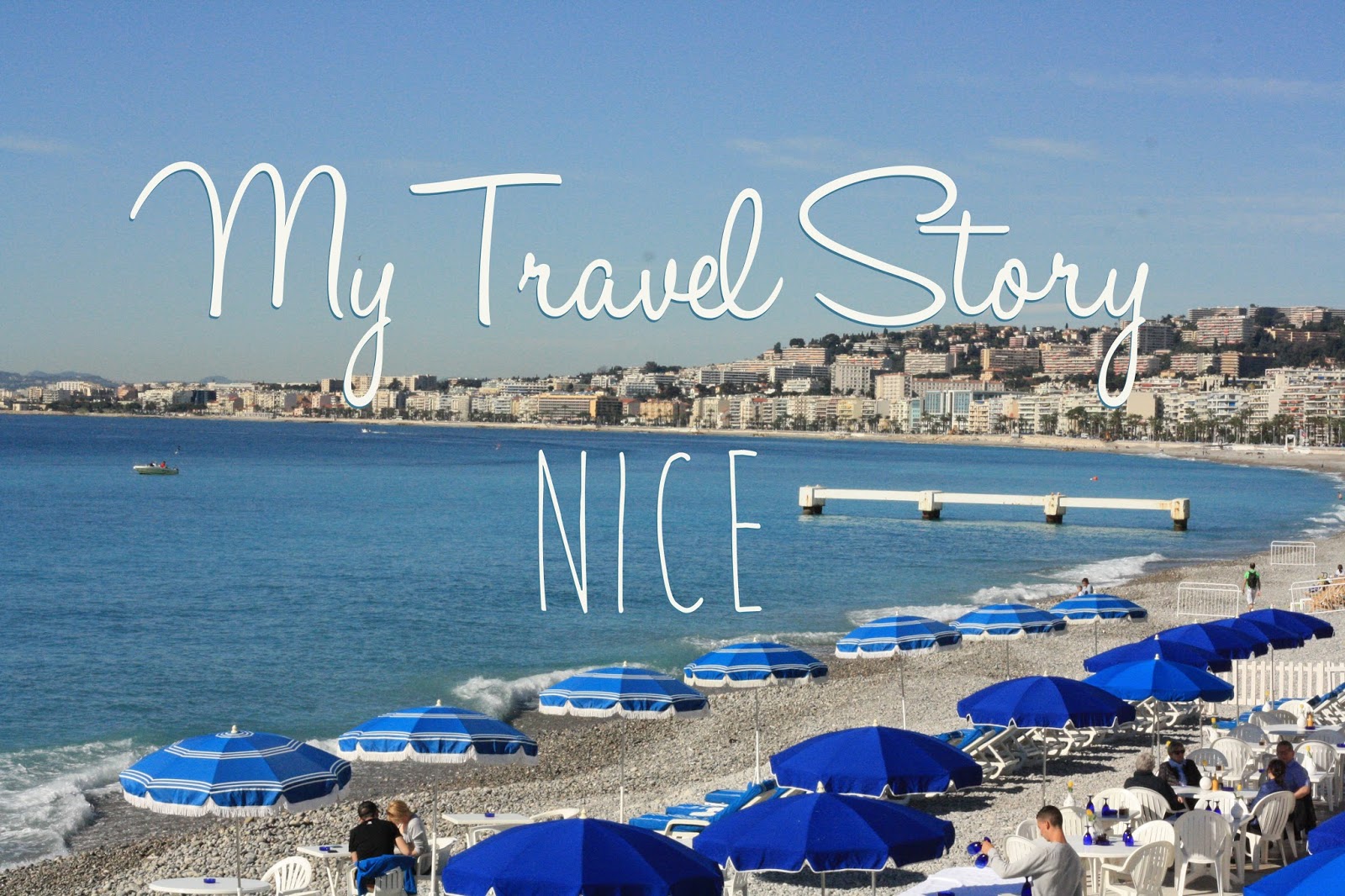 The day after we went to Monaco we had a pretty chilled out day hanging around Nice once again. We got up super early in the morning and headed to the Market first thing ( 7 am… yes crazy ) we decided not to shower or anything but just to head straight there and then come back and shower and get ready for the day after that. It was such a beautiful morning, for some reason everything feels so different in the morning, fresh and new. The sun hits the water differently, people act differently… I don’t get to see that early morning very often but it’s always amazing and I wish I could see it more. 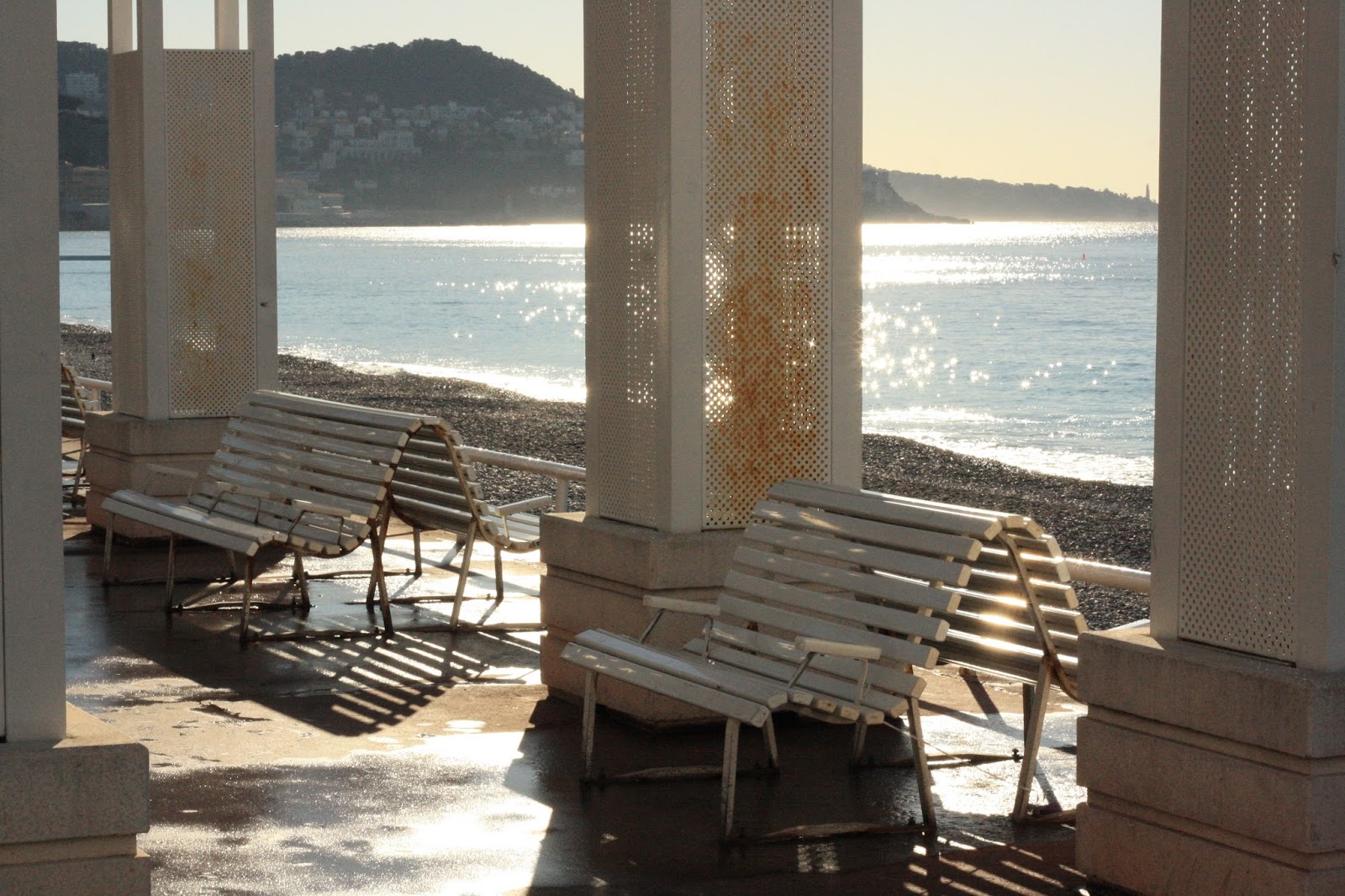 They were just setting up the market when we got there so we walked around for a bit but because they just set up everything was fresh and not picked over so I got some beautiful photos of some flowers here and also some vegetables a few photos down as well. I wish I had bought some flowers when we were there but it’s so hard only being there for a week, if we were going to be there longer I would have for sure. 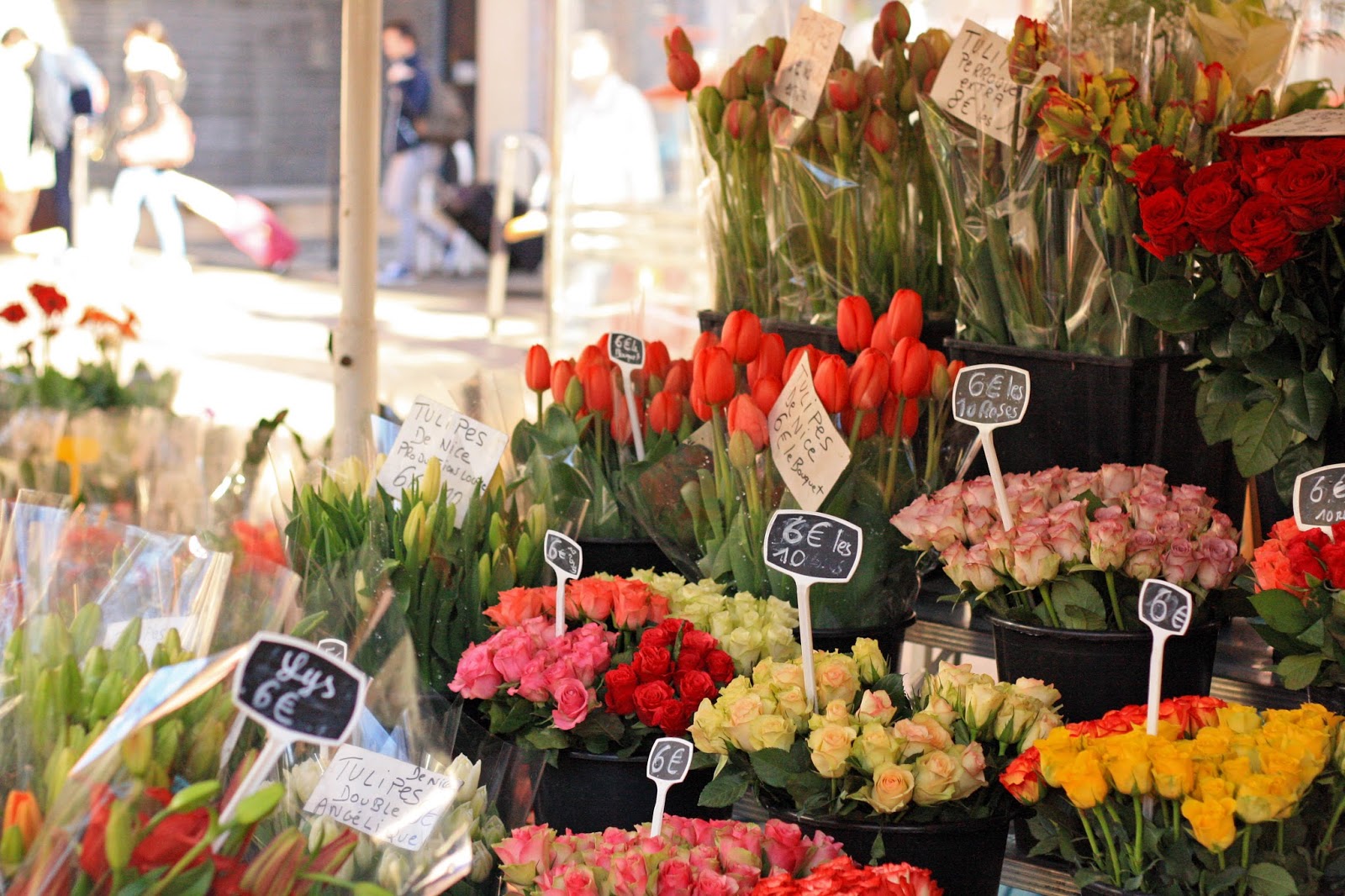 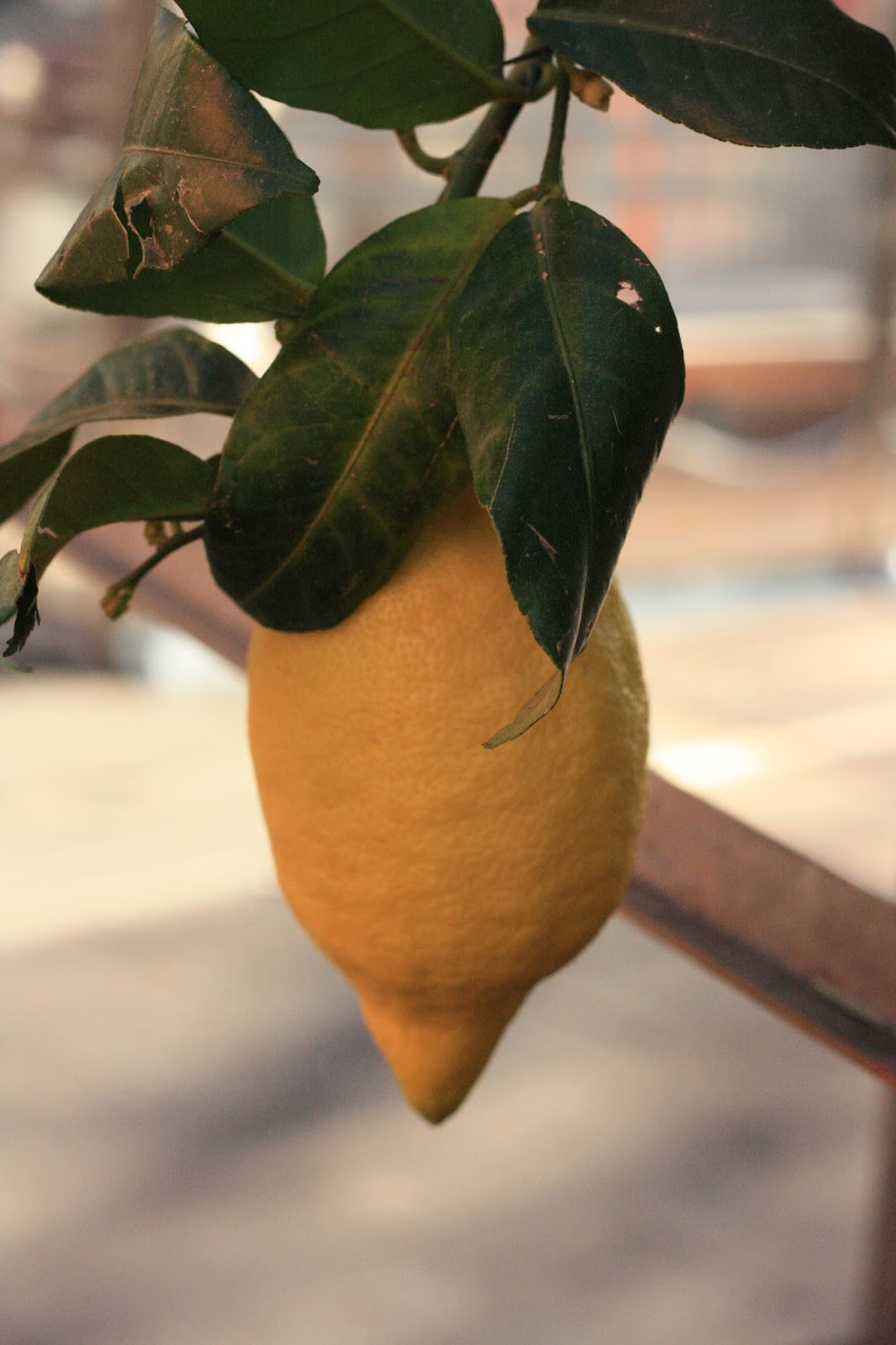 Random Beautiful door near the market. 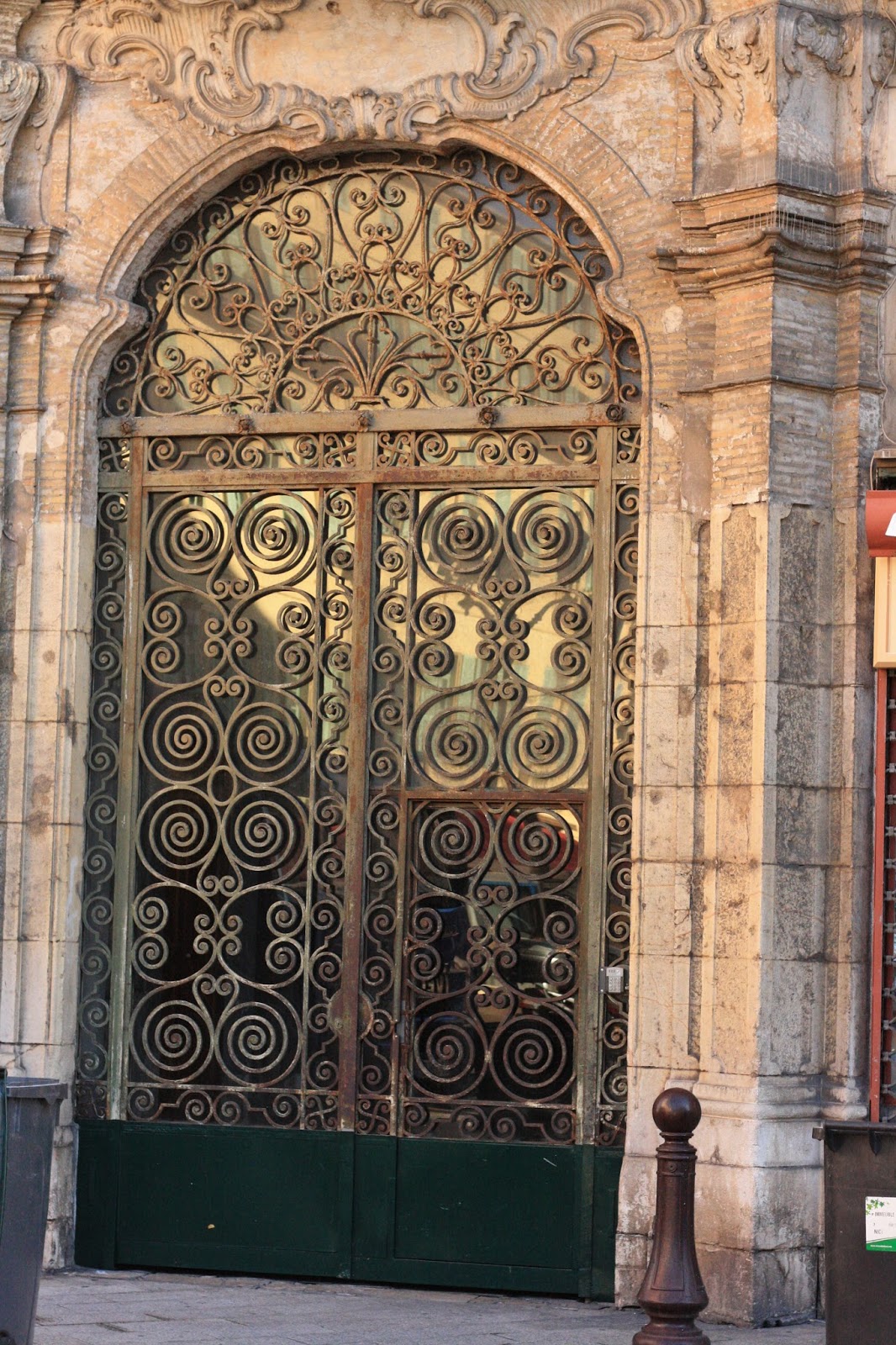 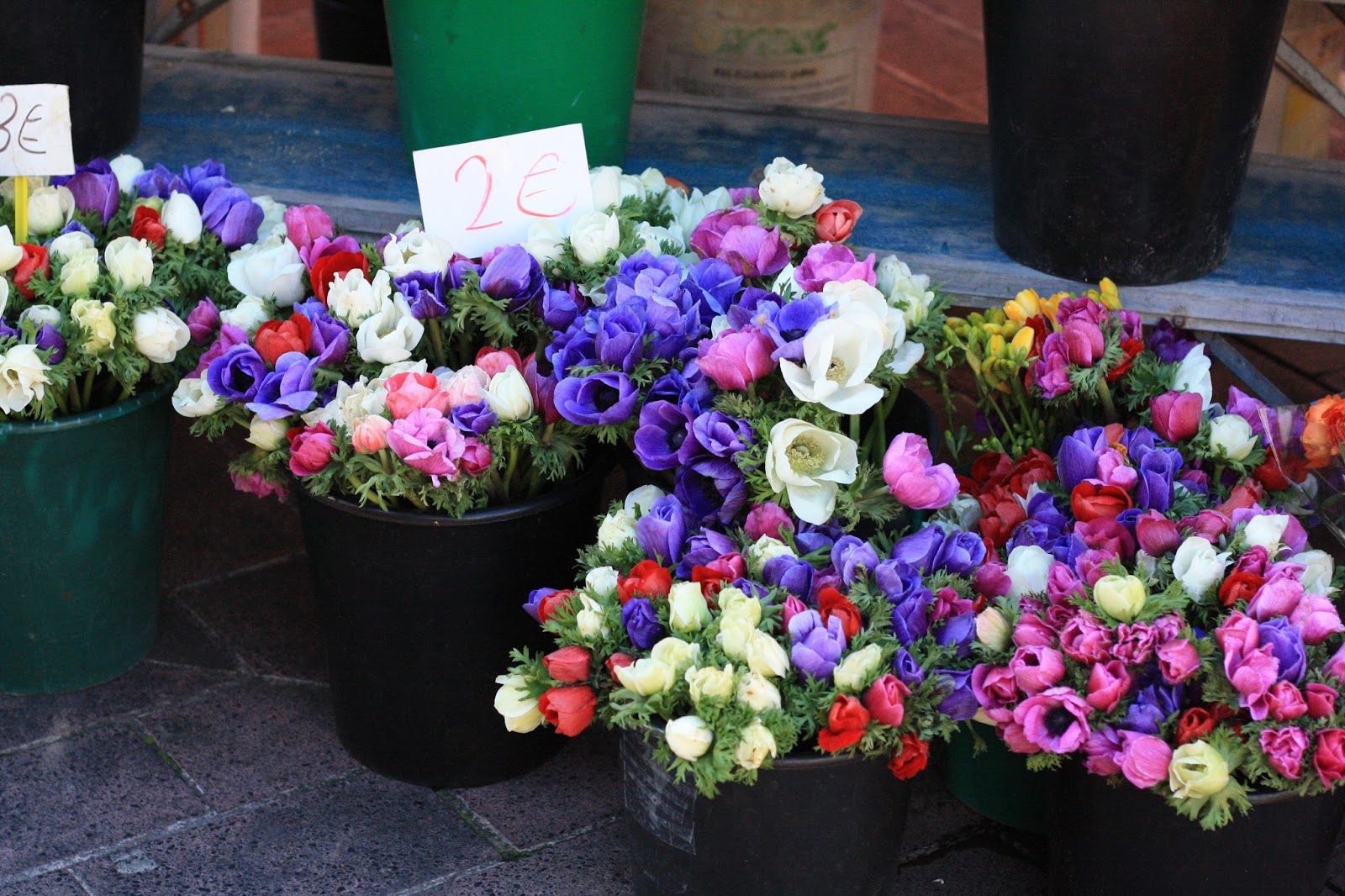 Ugh, it’s just so beautiful and vibrant – not to mention delicious as well. 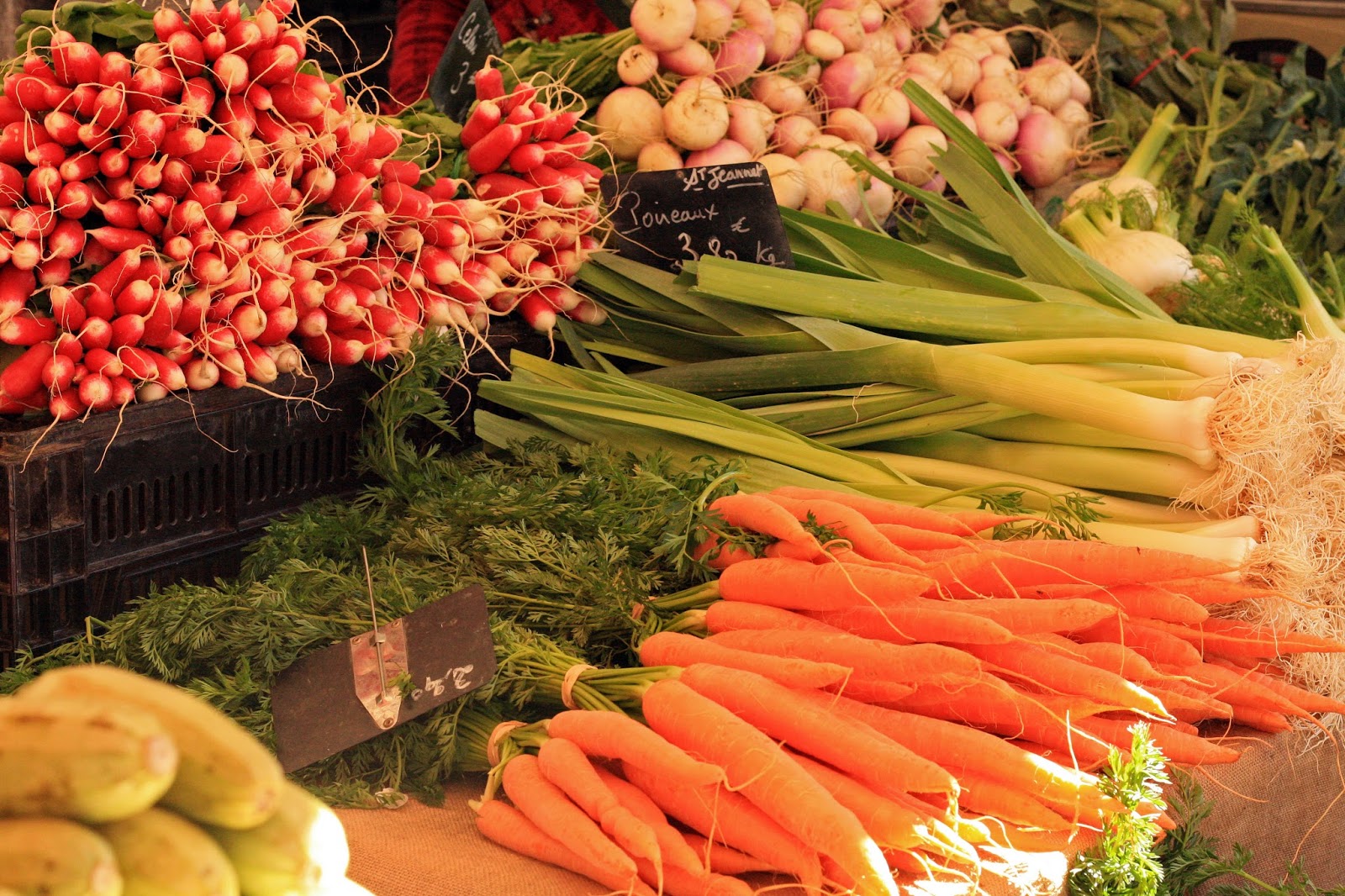 Once we finished up in the Market we headed home to shower and get ready for the day plus to put away all of our groceries. We bought quite a bit of food so we could eat in some days and nights as well, we made dinner at home one or two nights and had a nice variety of things. It’s nice to eat in while your on holiday as well because it feels more homey, plus when the place your visiting has amazing produce you might as well take advantage of it. 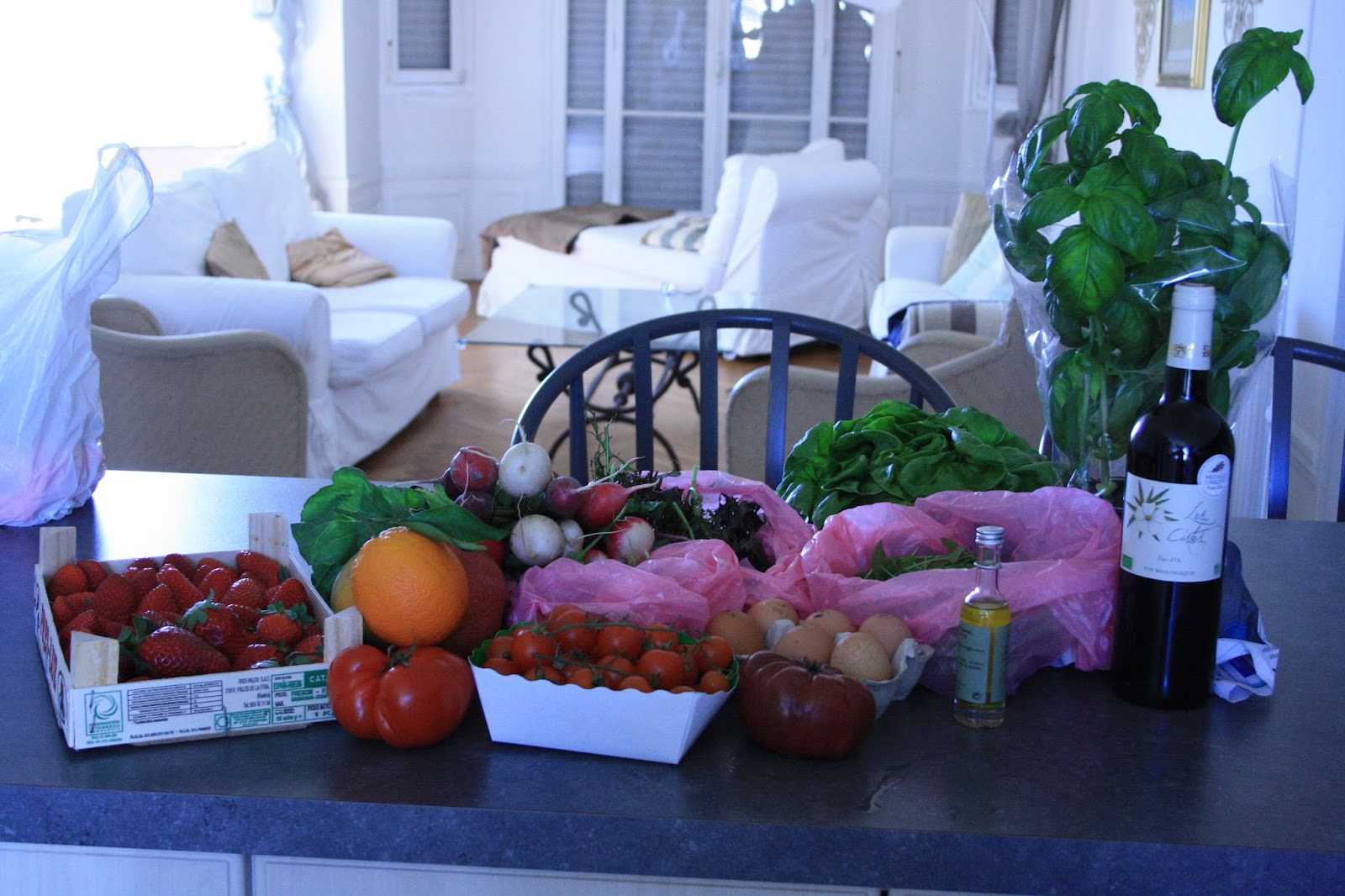 Once we were all changed and ready for the day we did a bit of hanging out at the beach as well as some browsing and shopping as well. Sophie also came this day so we were just pretty much waiting for her to come for the bit we were at home and then once she got there we just hung around town and had a nice time… I feel like this was also the night that Jay, Jeremy, Sophie and I went out but I don’t really remember… actually yes I’m pretty sure it was. It was a great night out, I wish I had photos from it haha but I do not. Lot’s of fun things happened though including an Erotic Shower Show and looking for Zayn as two examples. 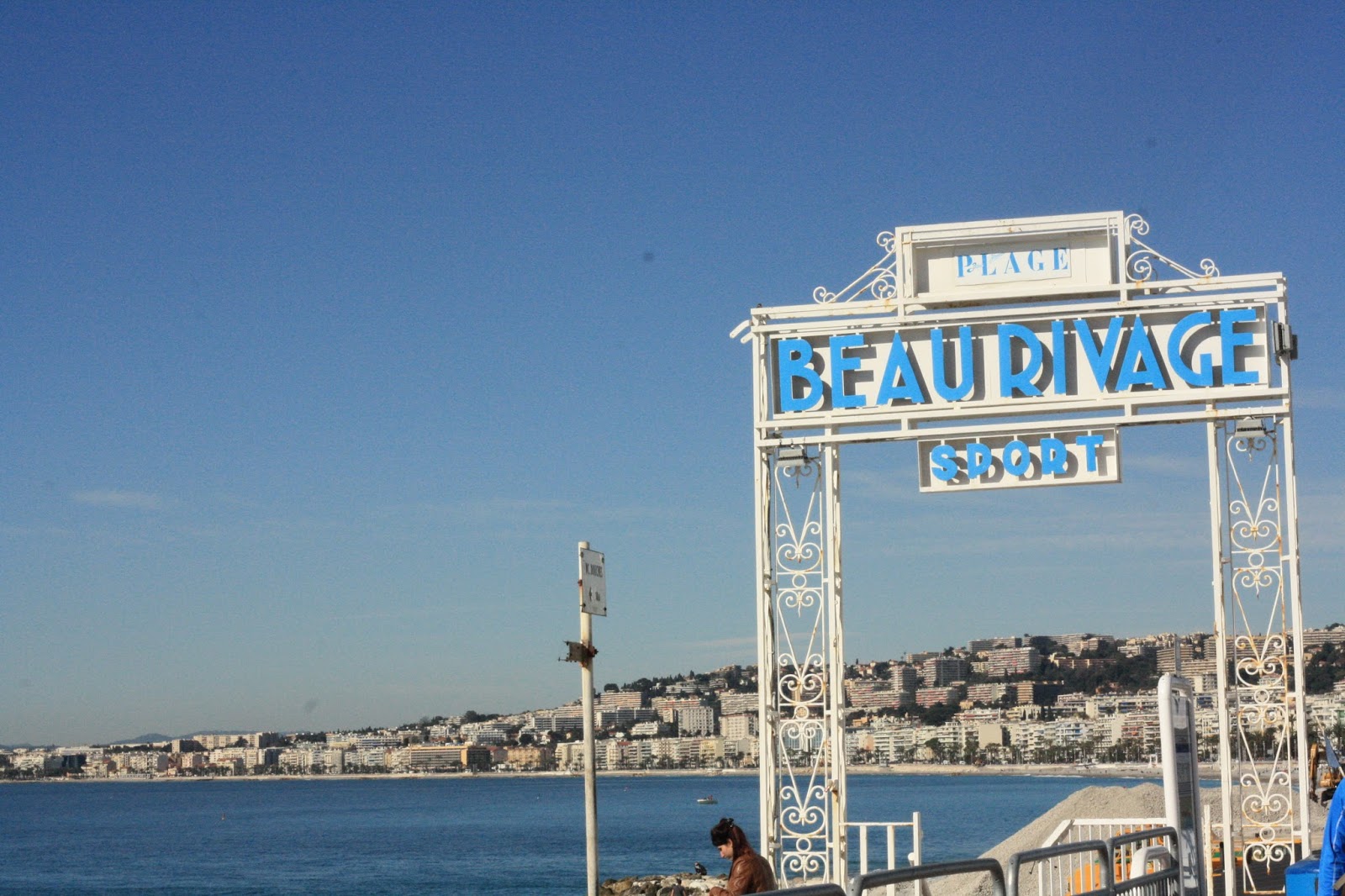 Anyways, back to the daytime lol, I wore my favorite dress during the day. I kind of wish I would have worn this out at night also but I did not. I liked my outfit at night and everything but that is the night I broke the zipper on my favorite skater skirt so it makes me sad because if I had just worn this dress it never would have happened. Once again I wore my trusty Roshe Runs, I literally wore them everyday after I bought them because they were just so comfortable and matched everything I brought pretty dang well. I love how this dress looks with the water, so vibrant and exotic looking- perfect for France. I won’t say much more about the dress because if you read my Gananoque post I’m sure you know how much I love it but if not you can read all about it in that post ! 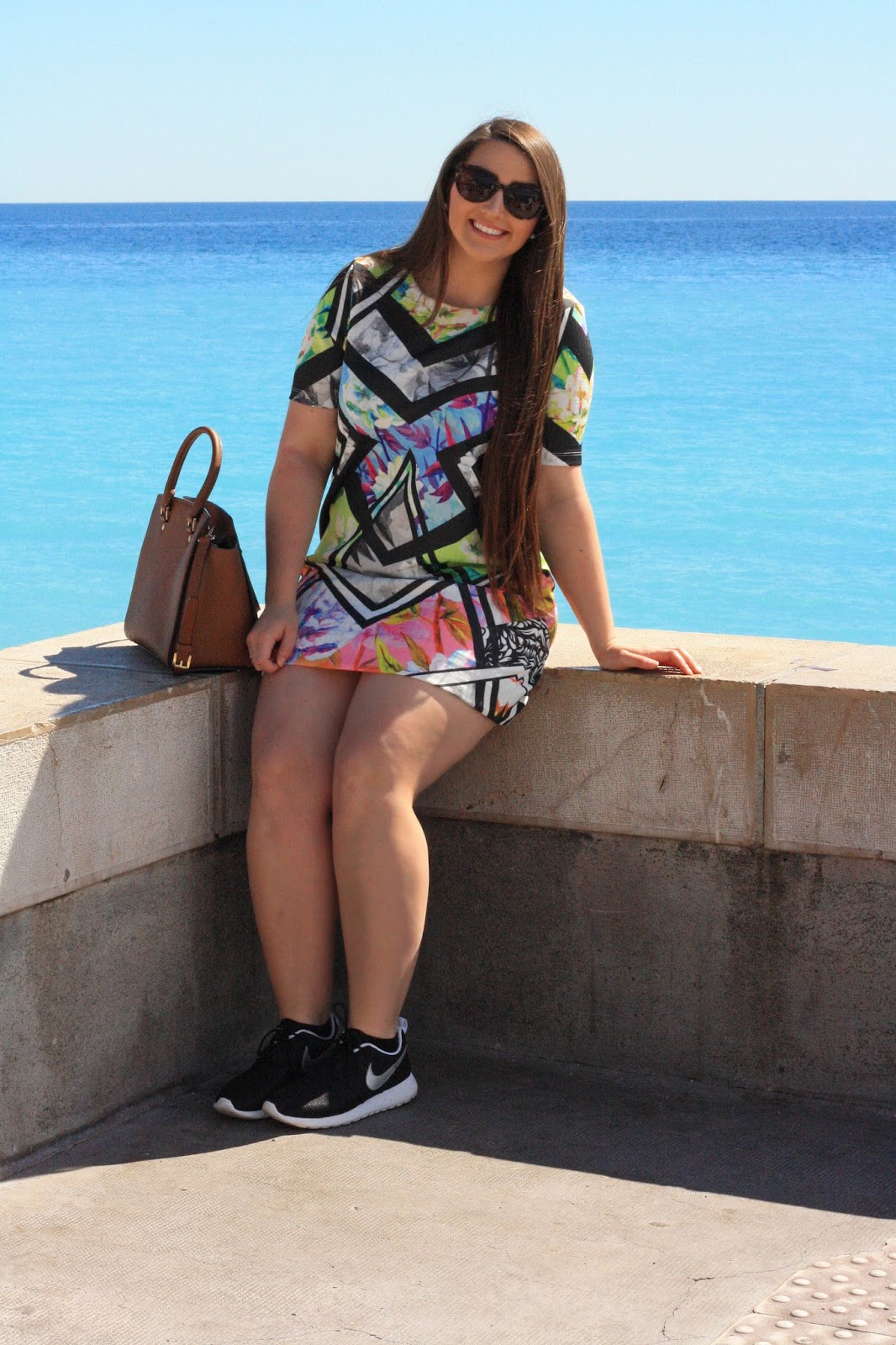 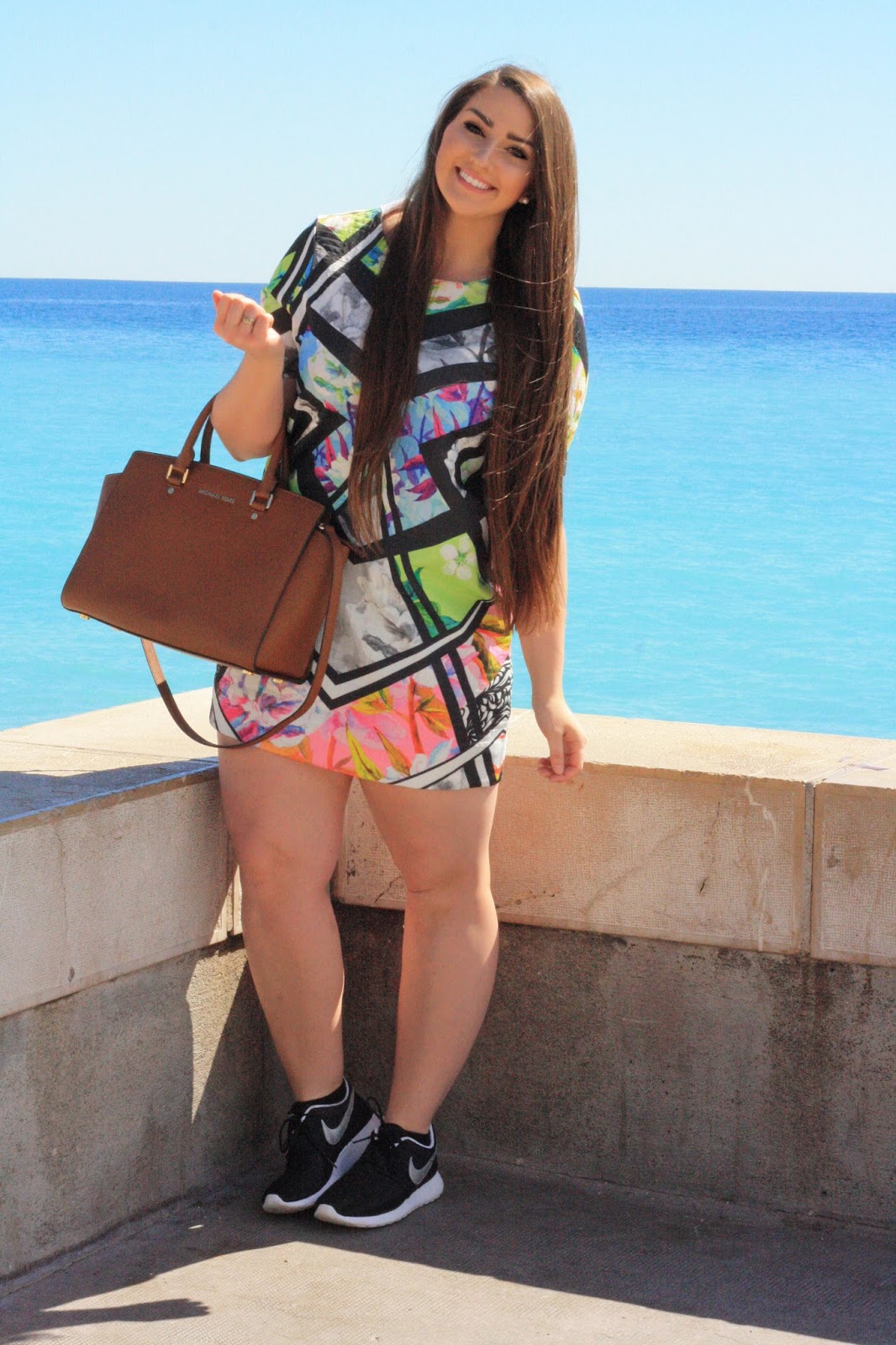 This was a super hot day as well, you can tell from all of the people on the beach. Last year when we were here there was maybe like 3 people ever on the beach but it was quite busy this time around ! I can only imagine how packed it would be in the summer, that would be a sight to see. 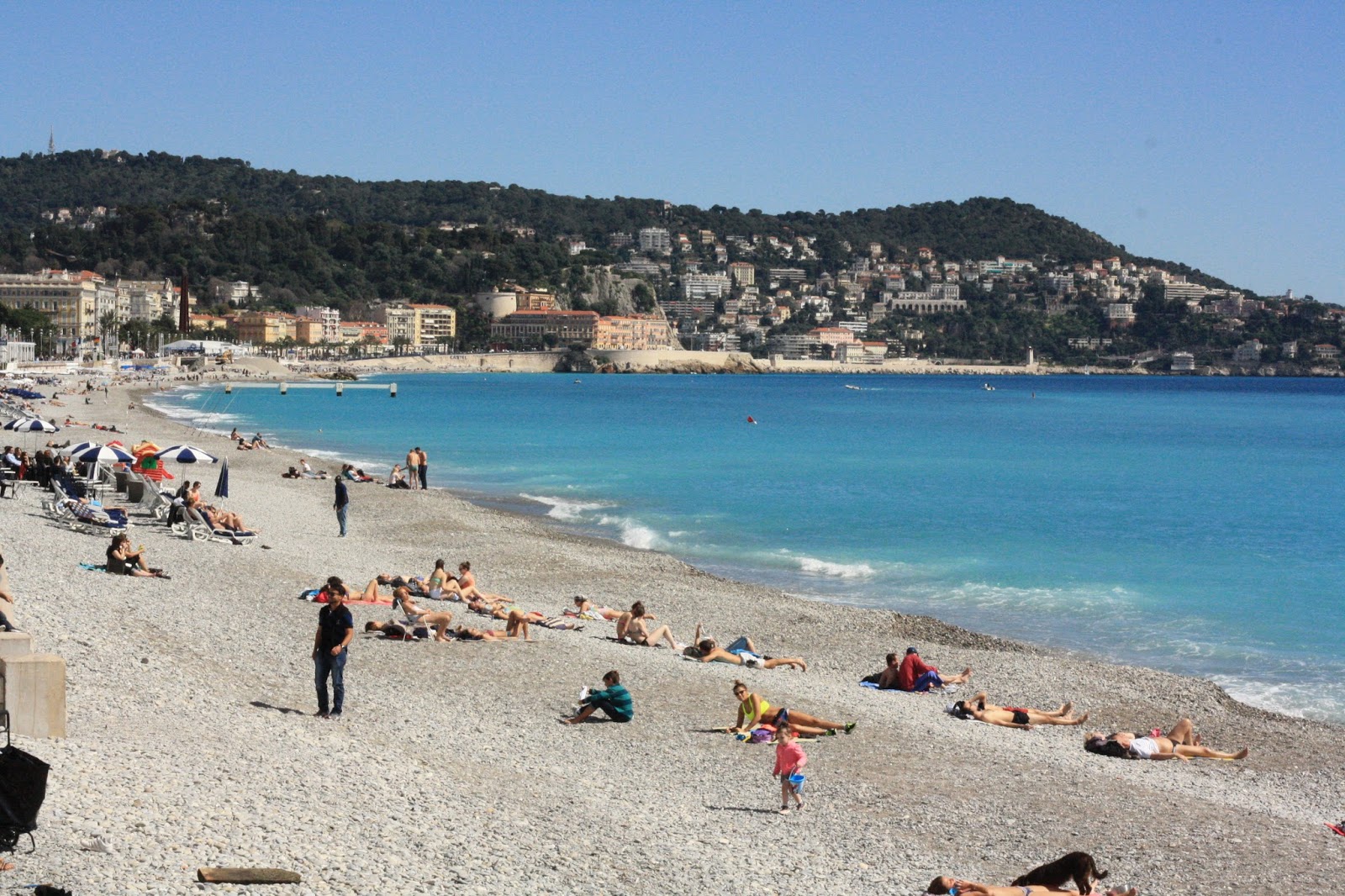 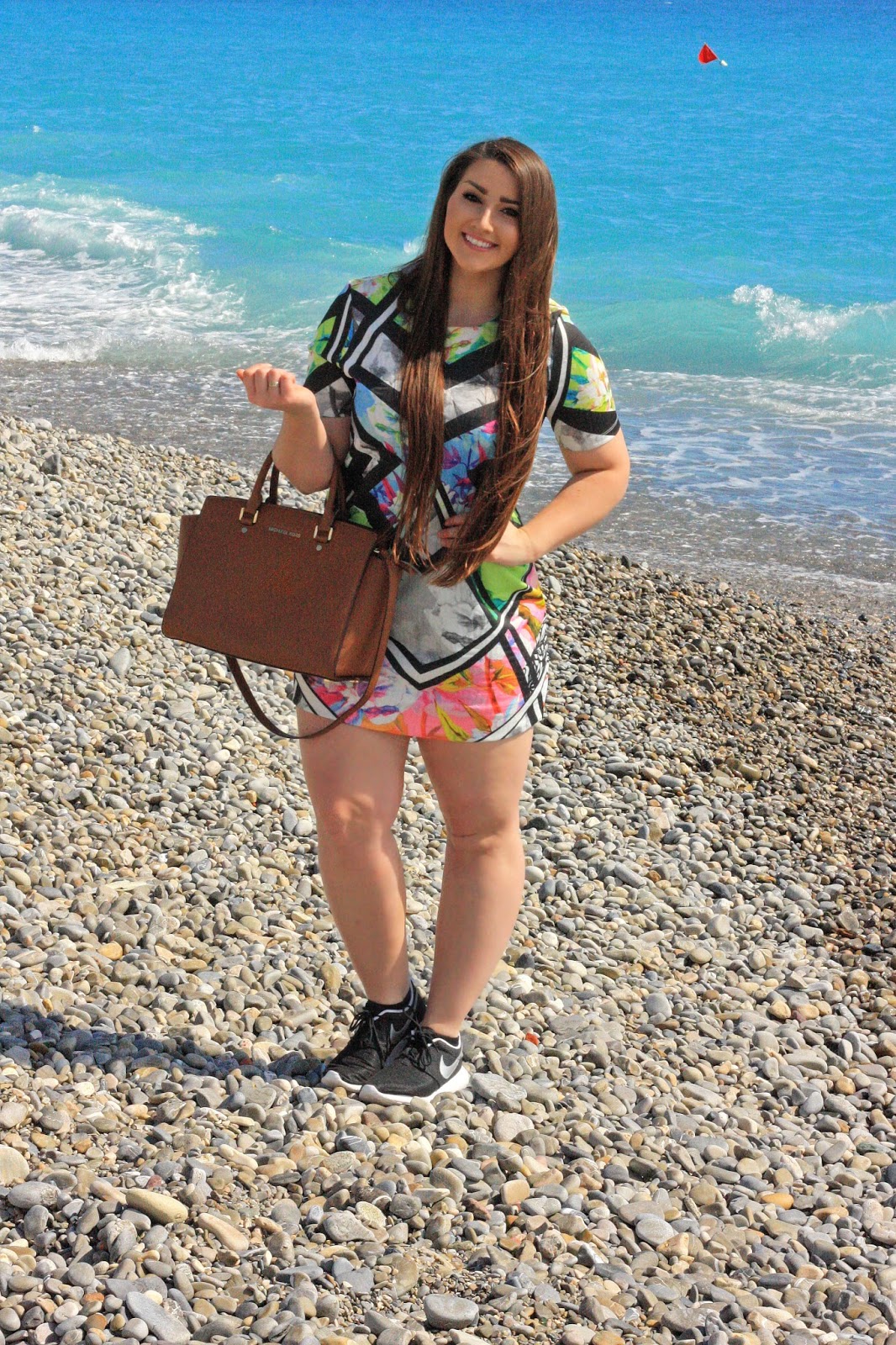 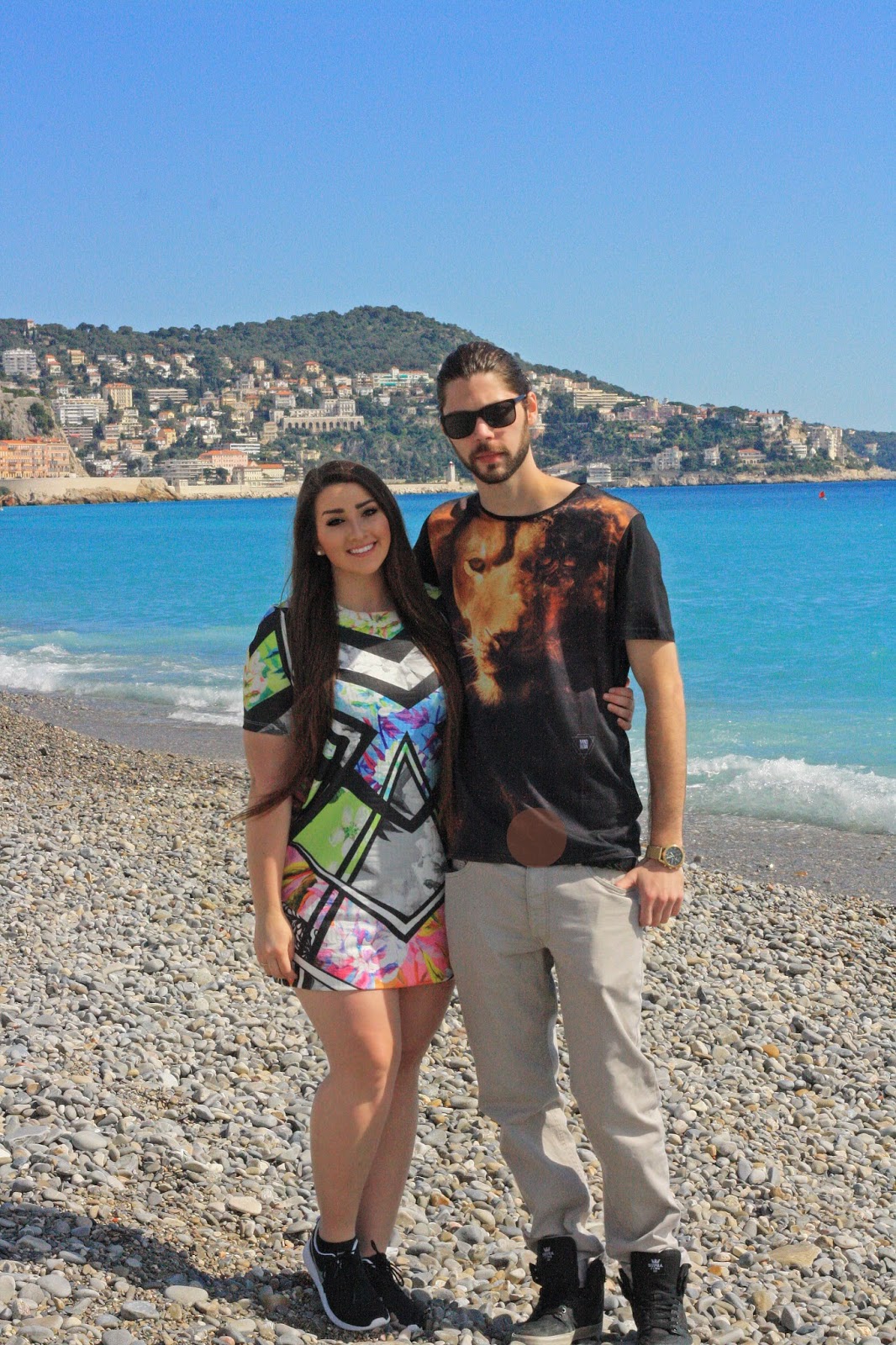 Jay took me to this church also which was around the corner from one of the stores we were in for a while. We were waiting for Marina ( she bought a whole bunch in this store ) and so he had already gone into it with Sophie but he took me because he thought I would want to see it ( awwe so nice ) and I am so glad that I got to see it because it was beautiful. I wish I would have went with Sophie also because she read Jay all of the plaques (she speaks fluent French it came in handy very, very many times) but either way it was still gorgeous. It wasn’t even a very big prominent church either, it was just a regular church on a random street. Imagine that for being just a random church… Europe is so much better for art and history, even the random churches have amazing architecture and artwork. 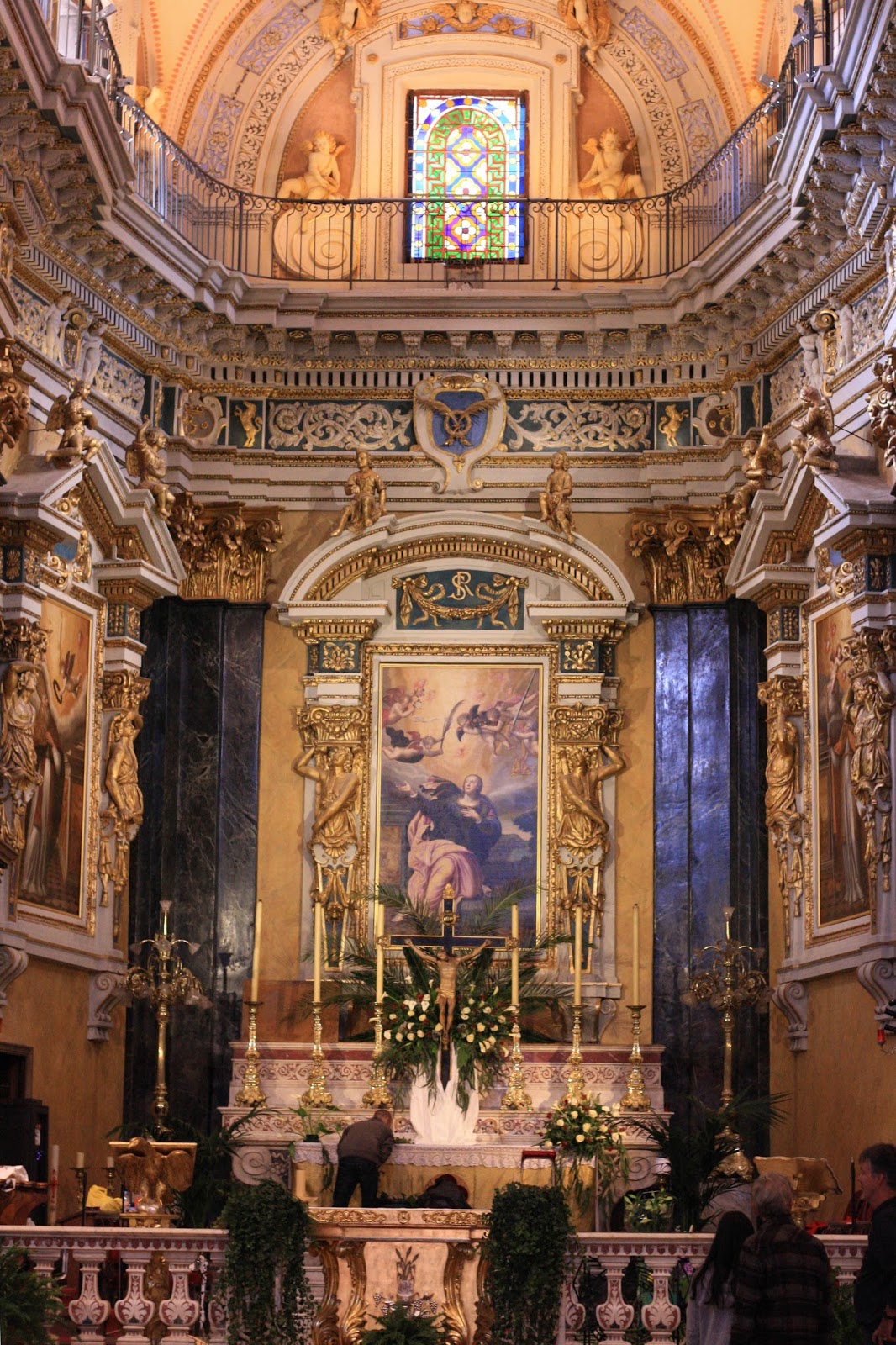 Before we went home to get ready for our night out we stopped to take photos of the beautiful sunset. I feel like I got better photos on my phone for this one so you’ll just have to wait and see the Instagram photo post I do, but just look at how beautiful and blue everything is ! Crazy, it looks fake but it isn’t. 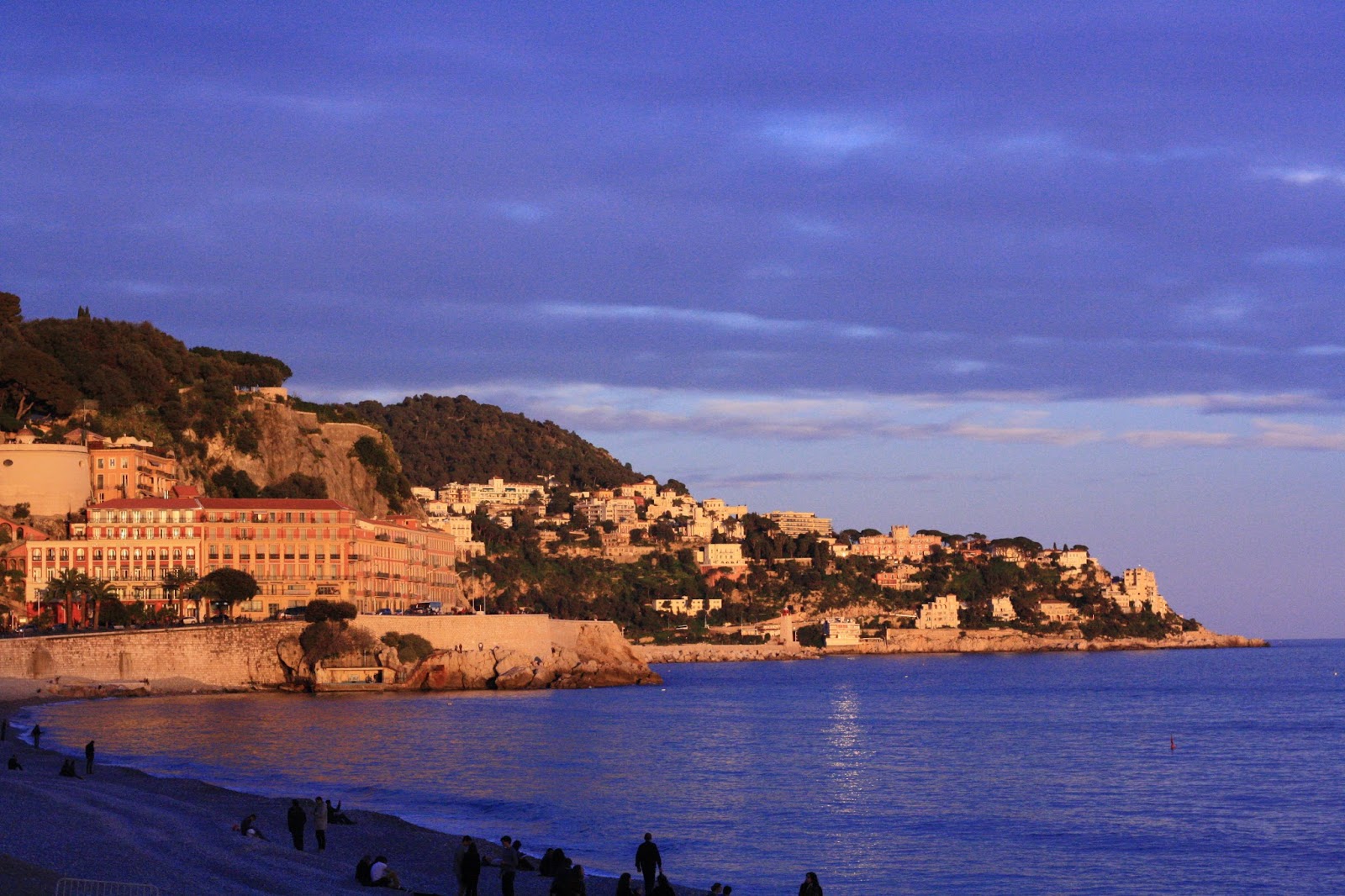 And the variation in Colors in each of the photos was amazing as well, I took about 10 photos in this same spot and they are all practically different color families. The sky is an amazing thing, I will never understand how so many colors can be in one thing at one time. I got it finished today woooo ( and by today I mean the same day that I said I would finish it ) It’s amazing what you can accomplish when you set your mind to a task all day long. I did a lot of work on fixing up random things on the Blog today so things will run smoother and easier. I still have one more regular post about Nice to put up and then also the Instagram post I want to do so two more Travel posts and then we will be back to our regular schedule. I already have photos for about three more posts lined up as well so this week should be a week full of Blog posts ! It feels good to say that and actually stick to my word this time ( so far anyways haha ).

So thank you, thank you for those of you who still read and have stuck around all this time you are the best <3 Hope you enjoyed this one and I will have the next part up sometime this week !