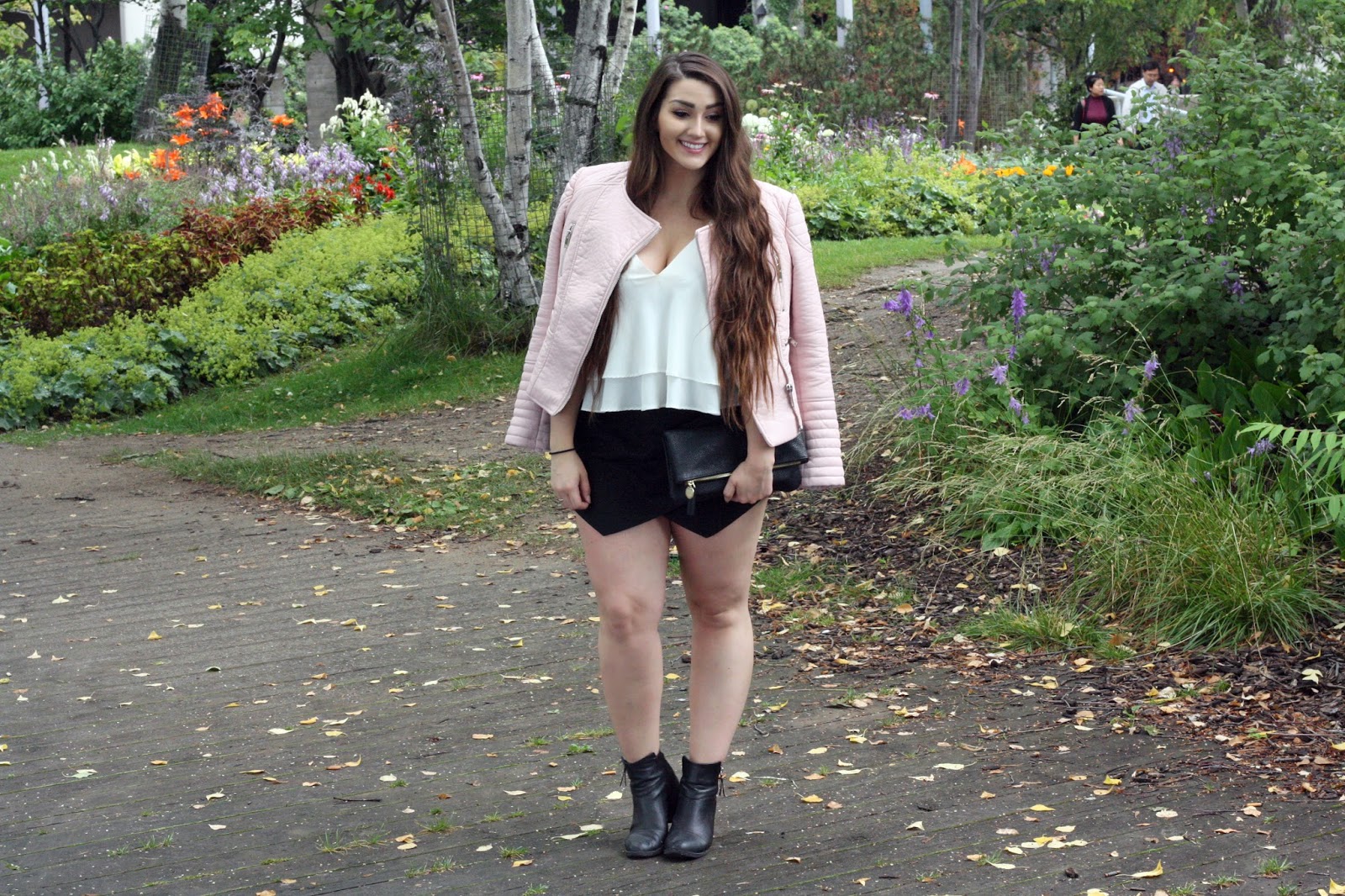 I hope you all had a wonderful long weekend ( minus the weather here on Sunday if you are local or living in the Toronto area ) unfortunately I had to work so I didn’t get to enjoy the warmth or have to brave the storm but thankfully I have this entire week off so I’m sure I will get to enjoy some good weather! Also, since I do have the week off expect some good content coming your way for the next little while; this week I wasn’t able to post anything because of the whole blog changing over thing but this week there will be plenty of posts I promise ! How do you like the new layout by the way !? I would love to hear your feedback ! I am so pleased with it and it is looking exactly how I want it to, I hope you like it as well so let me know in the comments what you think !

Anyways ( sorry about the little ramble ) last week Jay & I decided to take a little trip down to Toronto to have a nice little walk around the Harbourfront and go out for dinner as well. We had a wonderful day even though the sky was threatening to rain down on us it only did for a few minutes and I had an umbrella so it was all good (my hair kind of turned from curly to wavy but I think it kind of goes with this outfit so it’s all good). 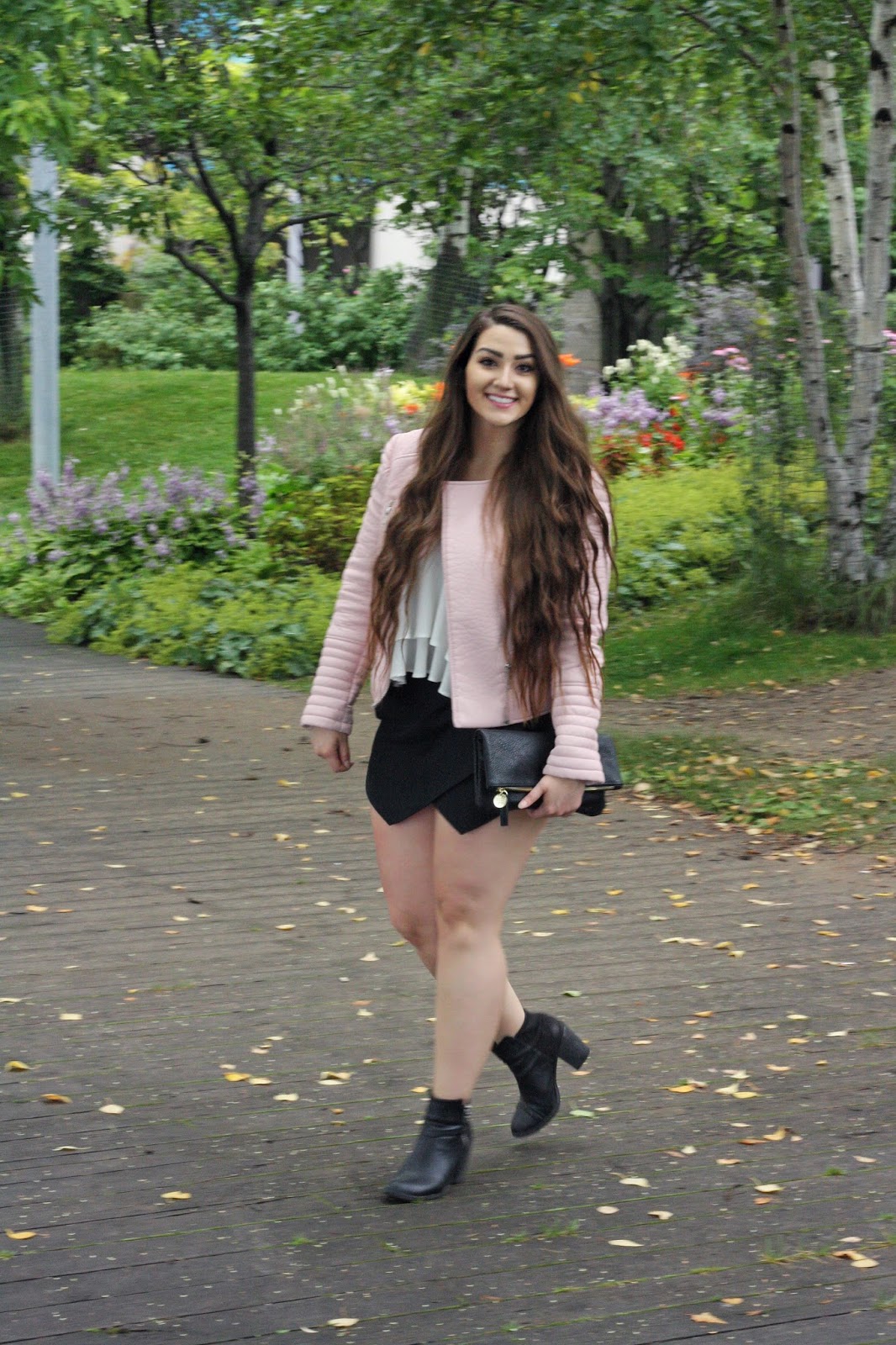 Despite the fact that it was a pretty cloudy day and the rain was threatening, it was actually extremely hot outside. I can honestly say that I shouldn’t have been wearing a jacket and when we were walking around I did take it off but it makes the outfit so I did wear it anyways. Thankfully I was wearing a skort though so my legs were kept cool enough that it provided a good balance for the weather.

While we were walking around we found this super cute little park that is pretty hidden right downtown Toronto is it called Harbour Square Park West and is actually a really beautiful, peaceful little place that we would not have found if we weren’t wondering around looking for a somewhat people-free zone to take some photos. It was extremely beautiful and there is also an amazing boardwalk and benches looking out onto the lake which a few people were sitting on, as well as some beautiful gardens and pathways, and to top it off a swan (photo lower down) ! 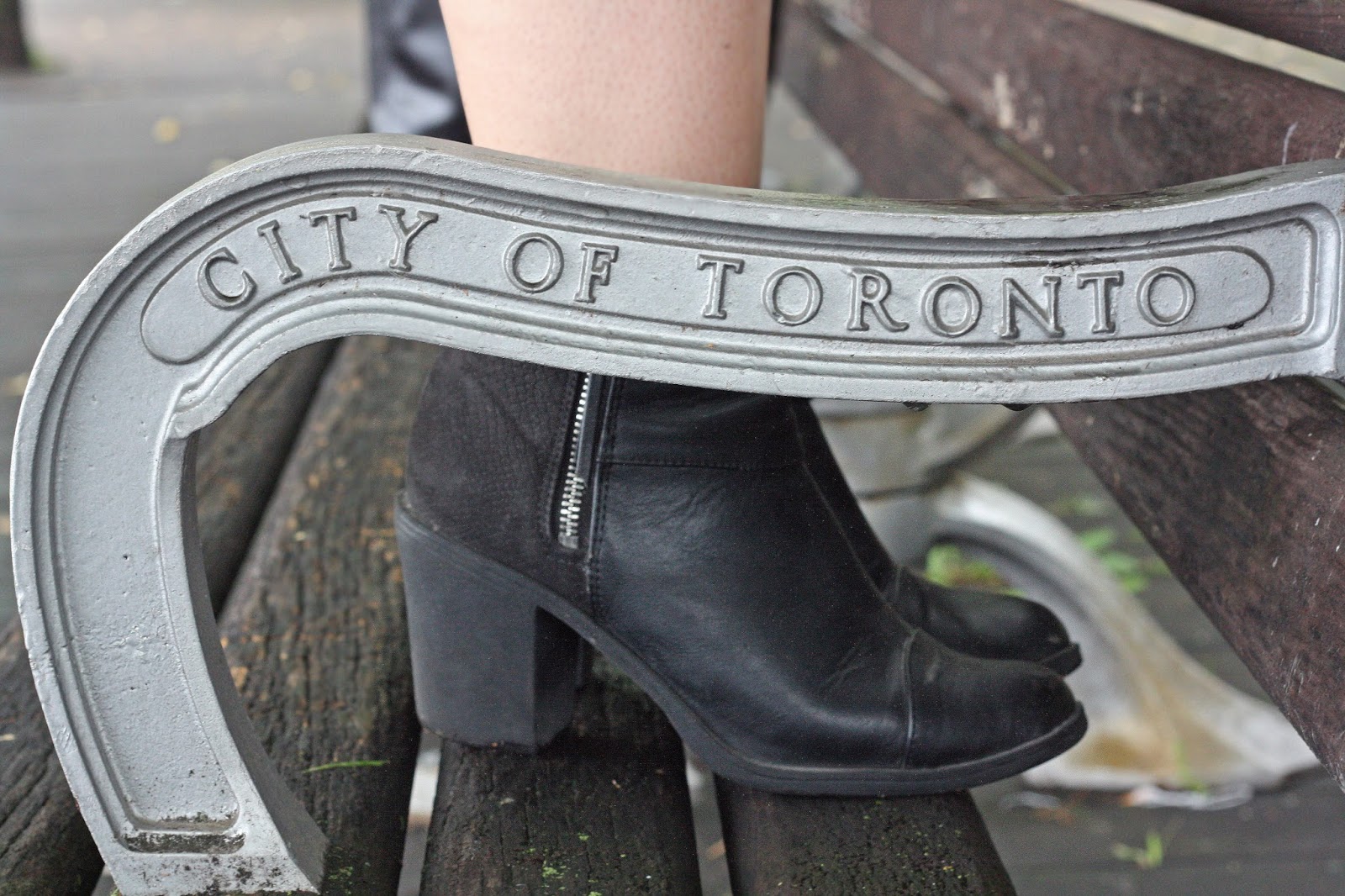 Because I knew we were going to be walking around a lot, I decided to wear my trusty-wear with everything black booties that I know I can rely on walking around in hours for without batting an eye. I also think that the silver hardware goes well with the jacket and they work together well ( I kind of botched that though because the clutch has gold but I don’t mind mixing metals personally ). I also really like that they edge up the outfit a bit; if I had worn a dainty pair of heels for example, the entire look would be different. The chunkiness of the boot also helps to add a casual feel whereas again with the right shoes this exact same outfit could look a lot more dressed up and evening appropriate. 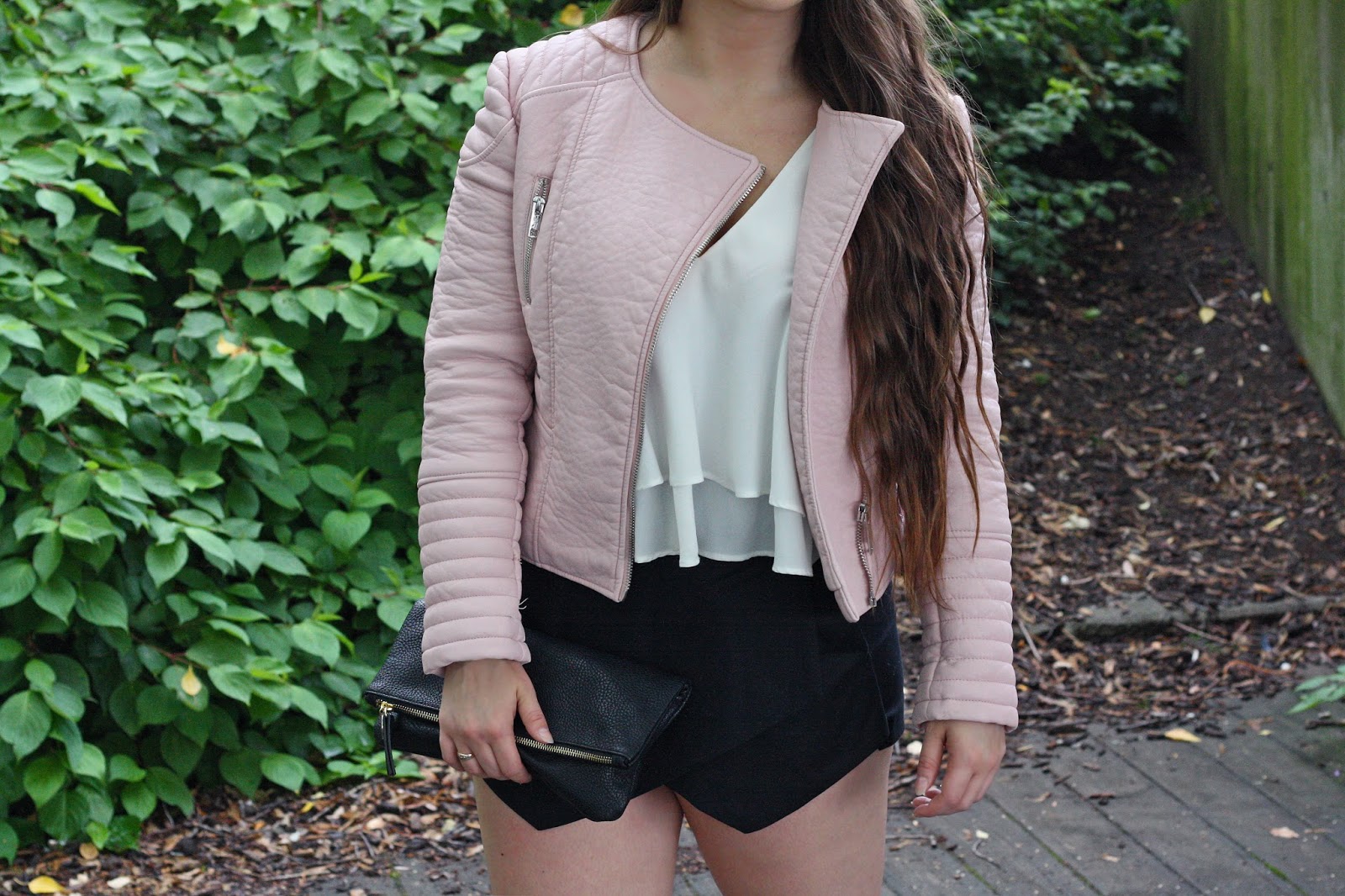 Once again this outfit is a perfect example of how I wear the same pieces over and over again but pair them differently to change up the look. I like to get the most out of pieces that I buy as I have said before; I have a very minimalistic style and like to buy fewer quality pieces I can wear a multitude of ways instead of a ton of disposable clothing I will wear two times and be done with. This jacket for example I can wear with almost anything I own because most of my clothing is black and white and this jacket adds a nice pop of color to a monochromatic palette. So in saying this, I won’t bore you with talking about the same pieces I have talked about many times but instead I will link you to where you can read more about them if you would like to !

Read more about the Jacket and Clutch  Here

Read more about the Skirt and Top  Here 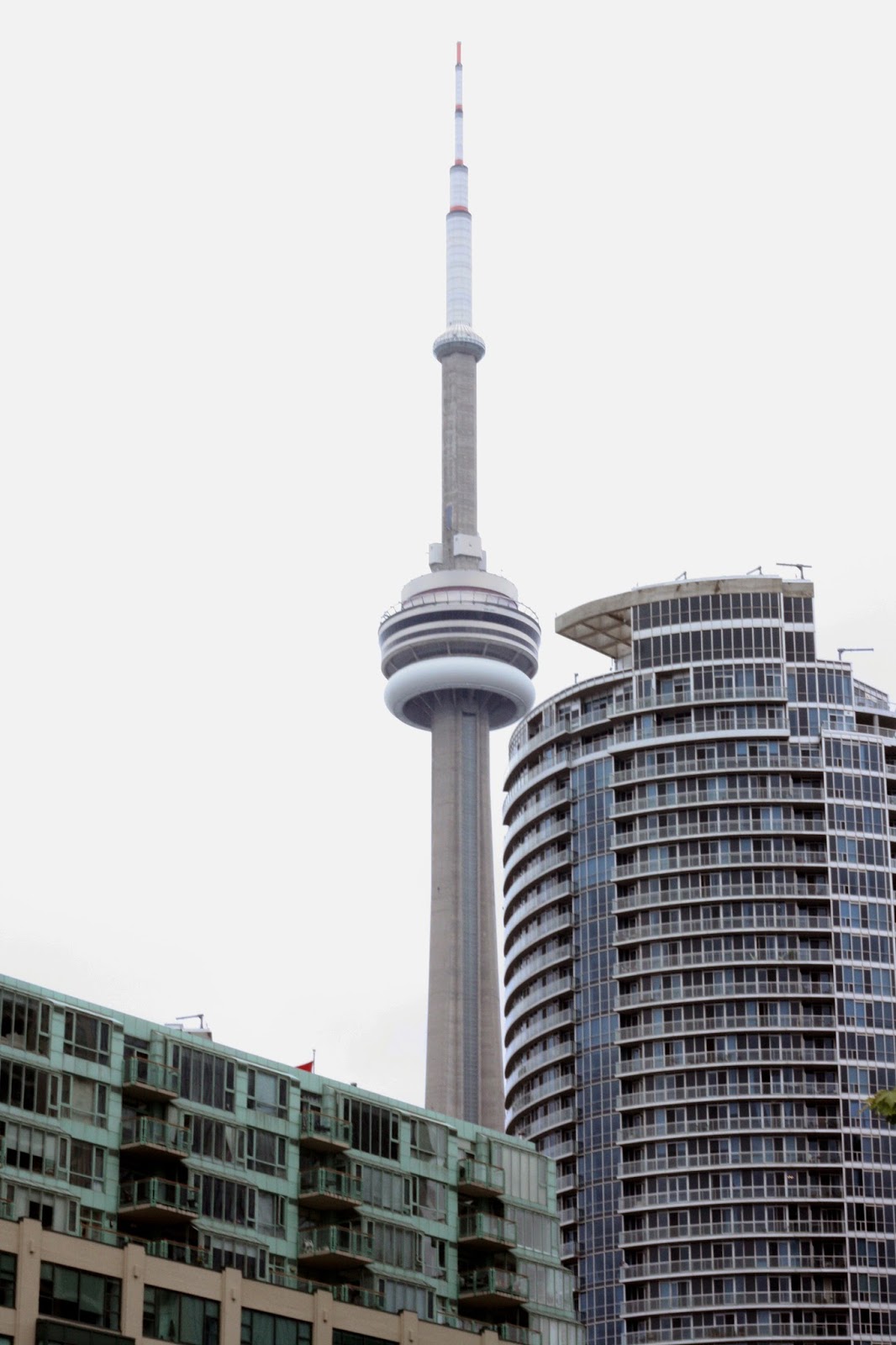 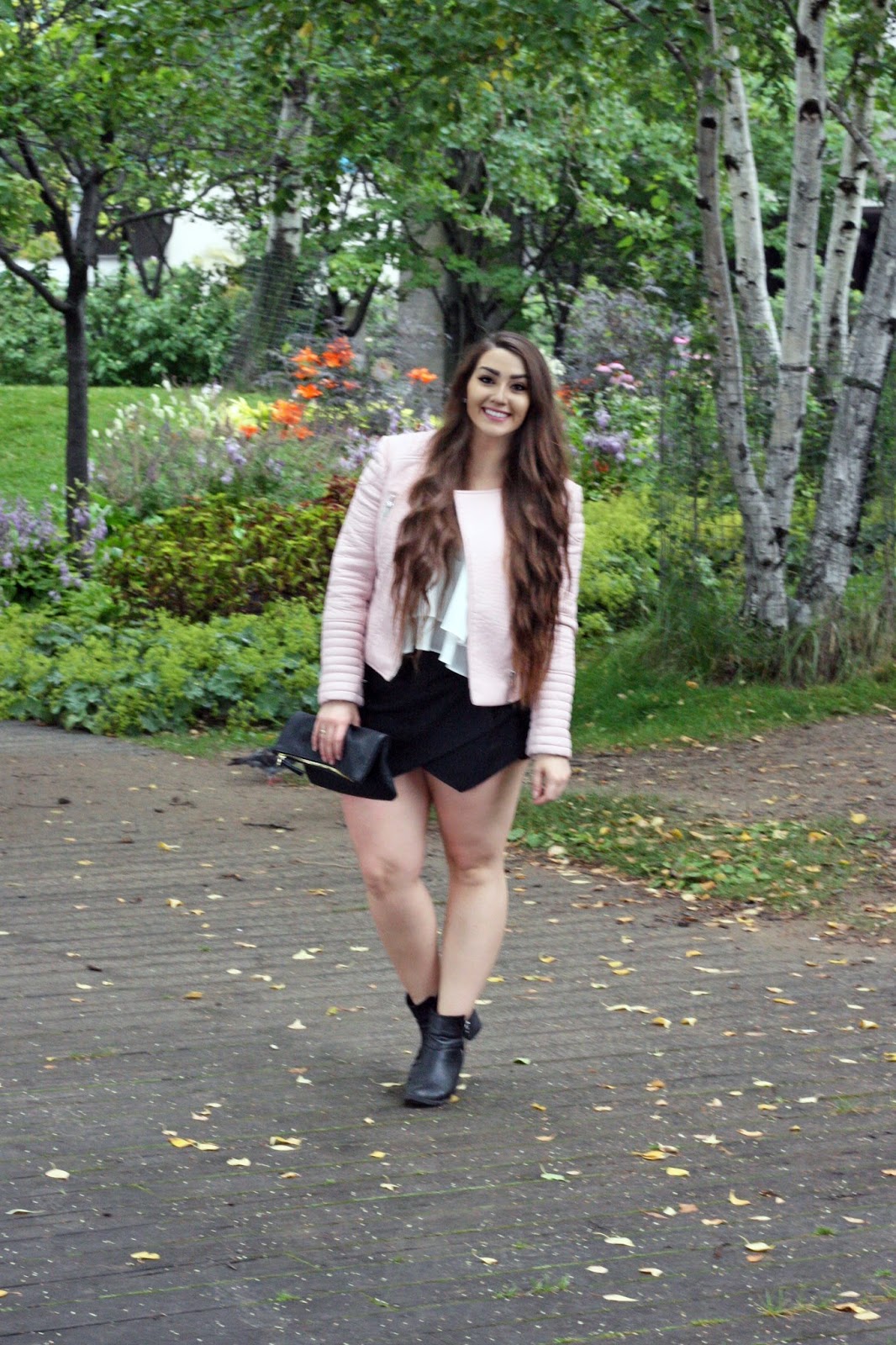 Something funny about Downtown Toronto that you don’t get a lot of other places is how accepting people are of weird things going on. For example, when taking outfit photos in Barrie or in less busy parts of Toronto people look at you really strangely, like they are confused by what you are doing ( which I guess is understandable but it’s pretty obvious what we’re doing ). Downtown though, people not only don’t even look at you taking photos but while Jay was taking these, there were two other sets of people doing the exact same thing ; taking a bunch of outfit photos. It was just so comforting to see other people doing the same thing as me and knowing that I don’t look utterly strange and out of place – mind you we were kind of out of the way of the super busy areas but still. 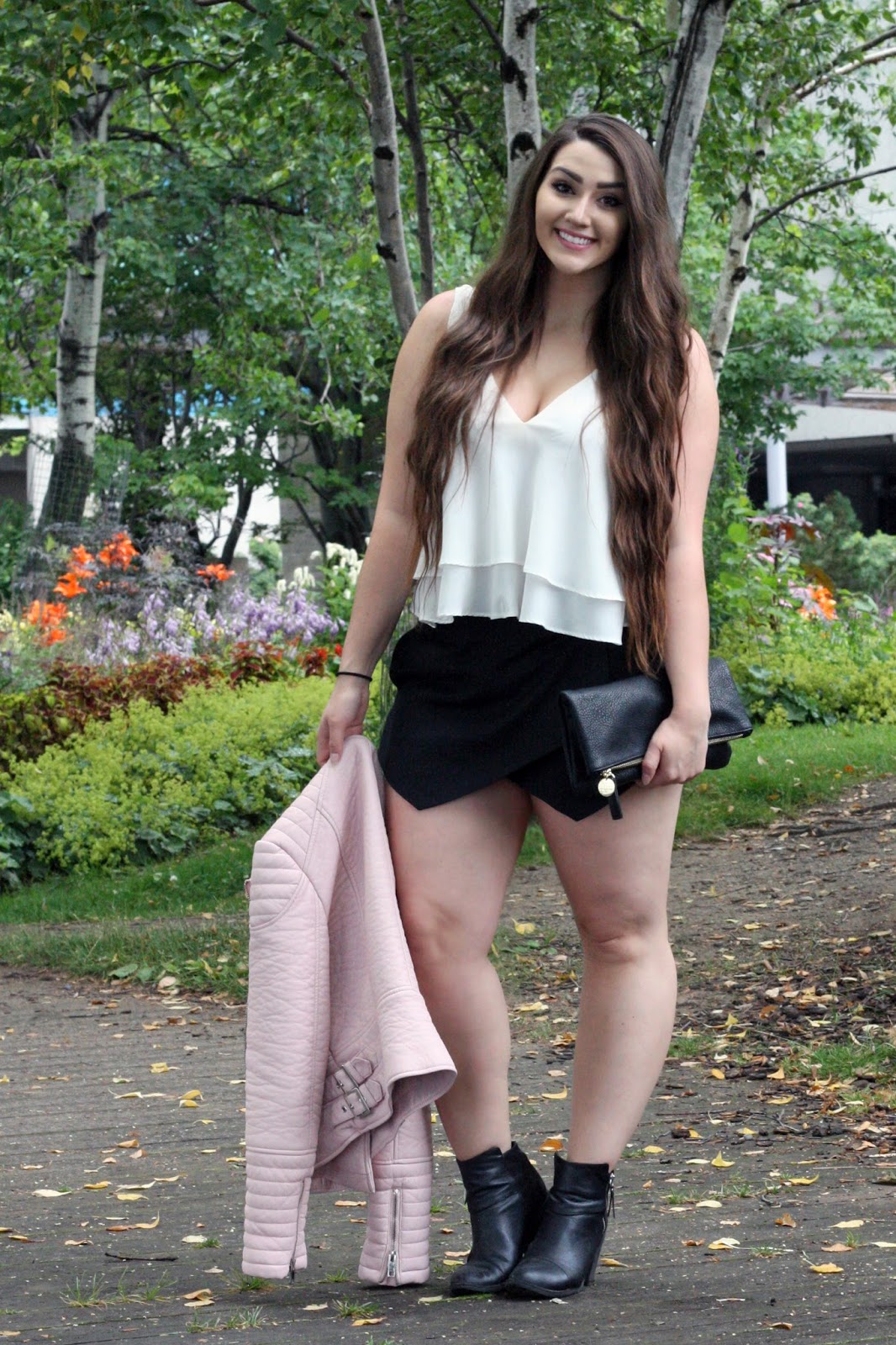 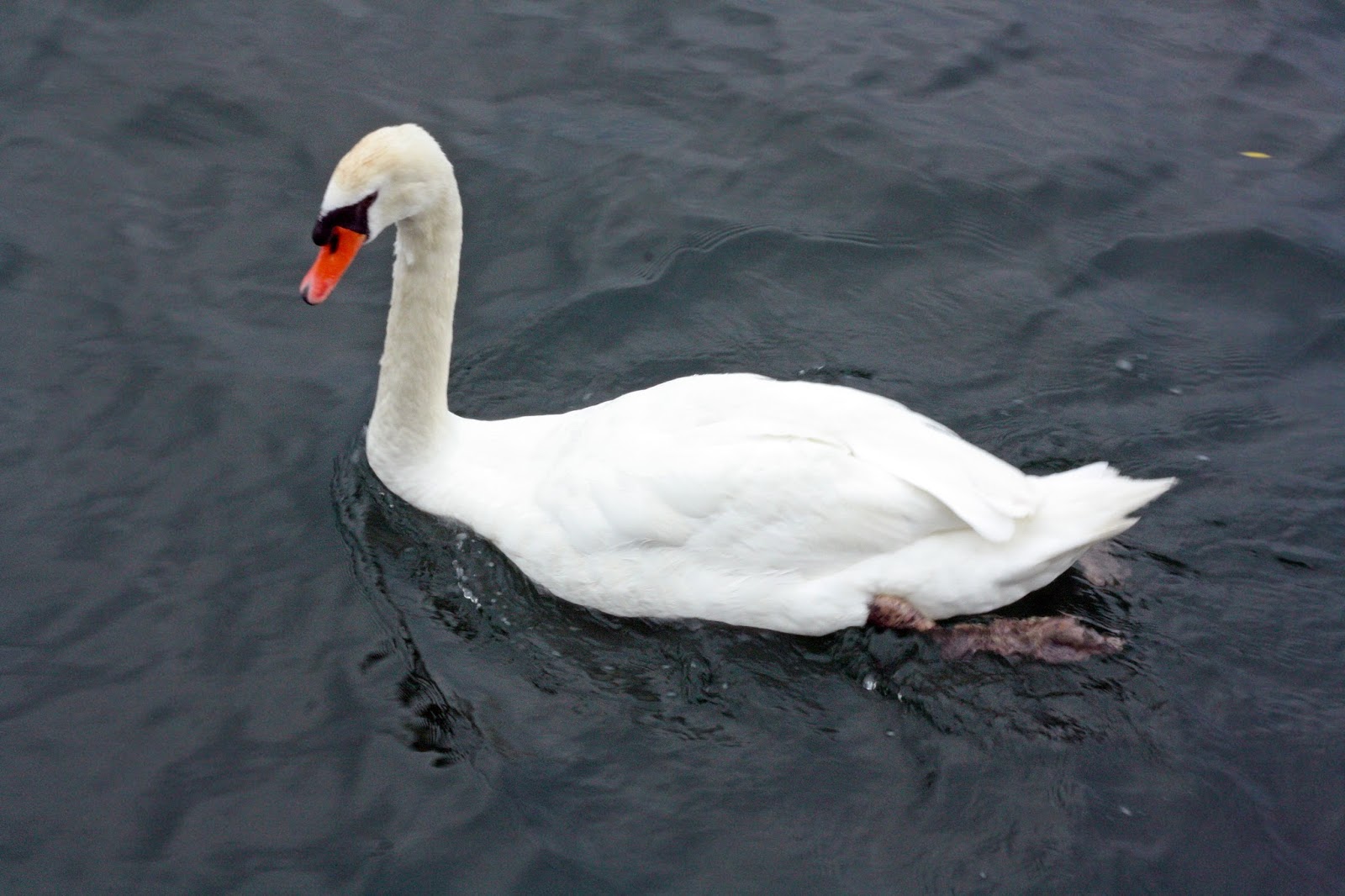 This outfit to me is exactly what my style is in a nutshell, comfortable, practical, minimalistic with a few trendy pieces thrown into the mix. It looks put together and like you tried to get dressed in the morning but it isn’t to dressy or over the top. Like I said, a few quality pieces can take you a long way if you know how to put them together differently. 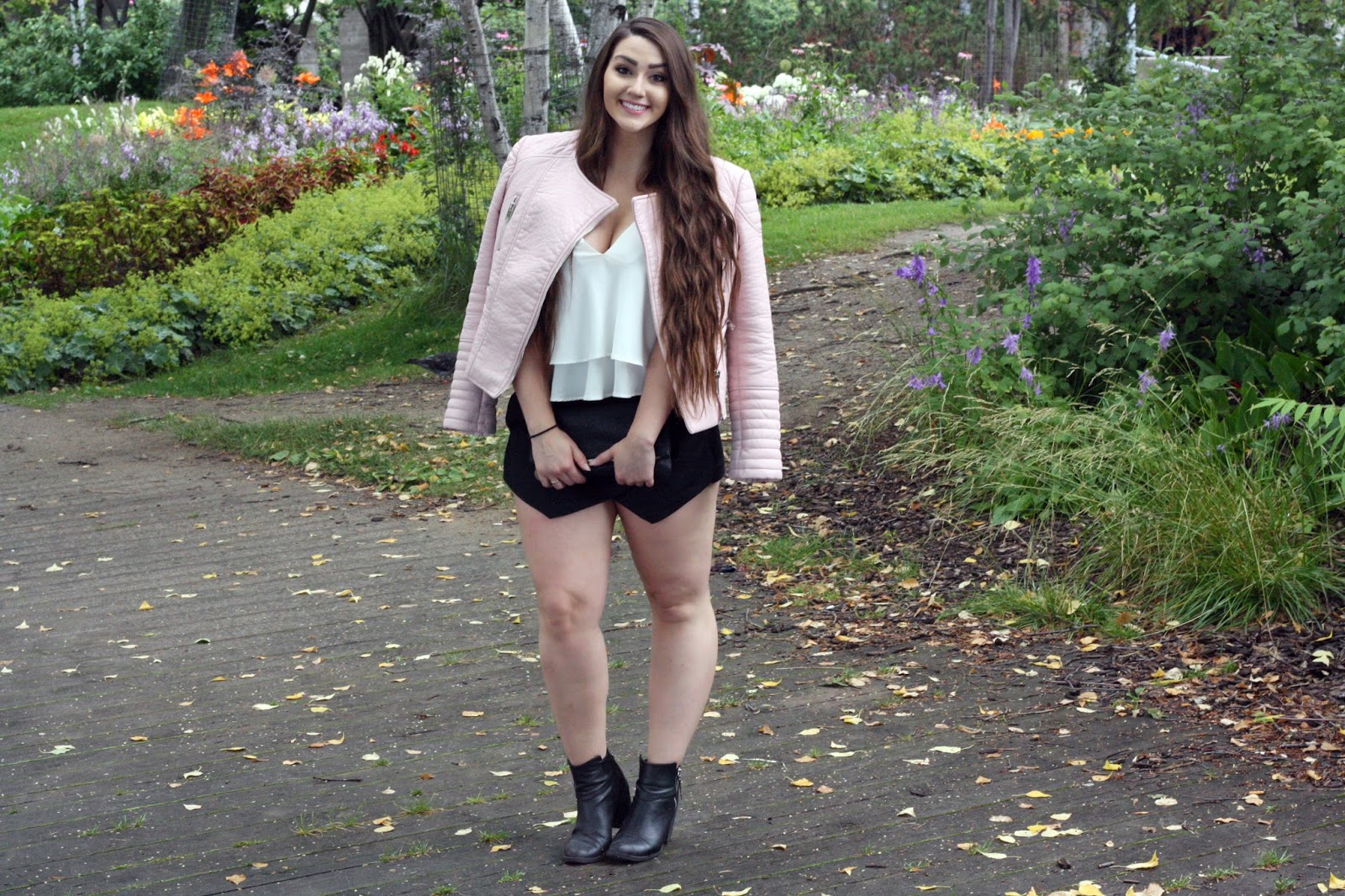 If you would be interested in the future I can do a post on basic pieces you should have in your wardrobe for a minimalistic style and how easy it is to mix and match things to create multiple outfits and looks with a few basic things. I know I kind of already do this within my outfit posts but they are so scattered and all of my tips and tricks are all over the place so it would be nice to be condensed into one little post. So let me know if you would be interested in something like that and I can whip it up for you all ! ( I will probably end up doing it anyways because I am thinking about it now and it could be really fun, but I still would like to know if you would want to read about it ! )

Thank you so much for reading, I hope I helped you out with a few little tips here and I also hope you like the new layout and of course this outfit !